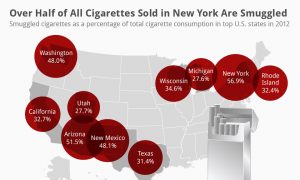 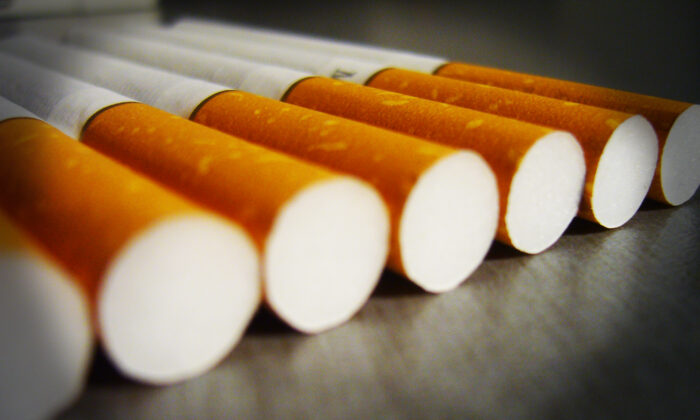 Manitoba and Ontario officials have seized over 3.3 million contraband cigarettes from a Winnipeg man, the Manitoba government said in a statement on Sunday.

Winnipeg resident Daniel Deschamps, 44, was arrested by police on Nov. 29 east of Thunder Bay, for allegedly smuggling more than 2.5 million cigarettes from Quebec to Manitoba with the purpose of reselling them, reported CTV News. His arrest was part of a joint operation between the Manitoba’s Finance Taxation Special Investigations Unit (SIU) and the Ontario Provincial Police (OPP).

He was released and was facing charges in Ontario. He then returned to Winnipeg, and the SIU continued to monitor him.

On Dec. 2, Manitoba authorities said Deschamps was spotted leaving his home in violation COVID-19 quarantine regulations and was seen driving to various locations in Winnipeg. COVID-19 is the disease the CCP (Chinese Communist Party) virus causes.

Deschamps faces charges under the Manitoba Tobacco Tax Act, the Tax Administration and Miscellaneous Taxes Act and the Criminal Code. If convicted, he faces fines between $1,000 and $10,000 and up to six months in prison. Deschamps also faces a tax penalty of $783,000 and forfeiture of his vehicle.

In addition, he faces charges for failing to quarantine under Manitoba’s COVID-19 restrictions.

The Manitoba government said the province stood to lose $261,000 in tax revenue if the cigarettes had been sold.