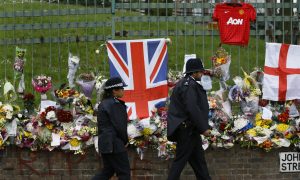 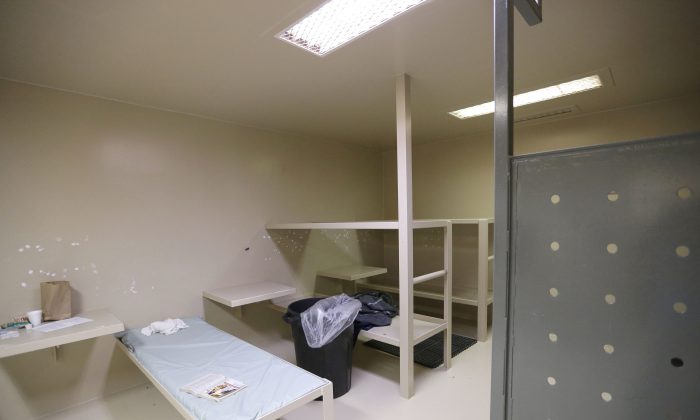 An empty jail cell. (iStock)
US

Authorities Point to Evidence of Suicide in Texas Jail Death

HEMPSTEAD, Texas—While Sandra Bland’s family maintains that the woman found dead in a Texas jail cell would not have taken her own life, authorities are pointing to mounting evidence that they say shows she hanged herself.

An autopsy showed that marks around Bland’s neck were consistent with suicide by hanging, and her body showed no signs of defensive injuries suggesting a struggle, according to Waller County prosecutor Warren Diepraam.

The 28-year-old Bland had about 30 small cuts on her wrist that were probably self-inflicted within the last few weeks, Diepraam said. Some lacerations or abrasions also were found on her wrists that he said were consistent with a struggle while being handcuffed.

Bland, who was from the Chicago area, was arrested during a traffic stop in Texas three days before she was found hanging in her cell on July 13. Her family and friends dispute the official finding that she killed herself using a noose fashioned from a plastic garbage bag.

Texas Rangers and the FBI are investigating. The county district attorney has said the matter will be turned over to a grand jury, which does not meet again until August.

A woman who occupied a jail cell next to Bland said Bland was emotional and wept often during her three days in jail.

Alexandria Pyle told KTRK-TV of Houston that Bland was “sort of distraught” that a friend had not come to bail her out of jail. She said Bland told her she “was not equipped” for incarceration and thought she was the victim of an injustice.

Pyle said she heard no signs of a struggle in the cell.

Her sister, Sharon Cooper, told The Associated Press on Thursday that Bland suffered from seizures about a decade ago but had not in recent years and wasn’t on medication.

Jail-intake documents also contained other inconsistencies. For example, one questionnaire said Bland took pills in 2015 in an attempt to kill herself after losing a baby, but a separate form filled out by another jail employee said the suicide attempt occurred in 2014.

Authorities said any contradictions in the jail documents were the result of Bland’s inconsistent answers to jailers’ questions.

Cooper said her sister had a miscarriage in May 2014 but got through it. Cooper also said she was not aware of any suicide attempt.

Asked if her sister could have been getting treatment without relatives knowing, Cooper said the family’s five sisters were “above board” with each other and, if anything, “overshared.”

“If it was happening, I would have known,” she said.

Preliminary results of an independent autopsy arranged by the family showed bruising to deep muscle tissue in Bland’s back, consistent with the officer having his knee there, Cooper said. She would not say if there were other findings. Full results will not be in for a couple of weeks.

Preliminary results of the Texas autopsy also showed that Bland had marijuana in her system, which Diepraam said was worth noting because it could be “relevant to her state of mind.”

Bland’s death comes after nearly a year of heightened national scrutiny of police and their dealings with black suspects, especially those who have been killed by officers or died in police custody. Bland’s case has resonated on social media, with posts questioning the official account and featuring the hashtags #JusticeForSandy and #WhatHappenedToSandyBland.

Bland’s family has said she was not despondent and was looking forward to starting a new job at her alma mater, Prairie View A&M University.

Bland posted a video to her Facebook page in March, saying she was suffering from “a little bit of depression as well as PTSD,” or post-traumatic stress disorder.

Cooper said that “everyone has peaks and valleys” and that the Facebook video might indicate her sister was just having a bad day or a bad few days.