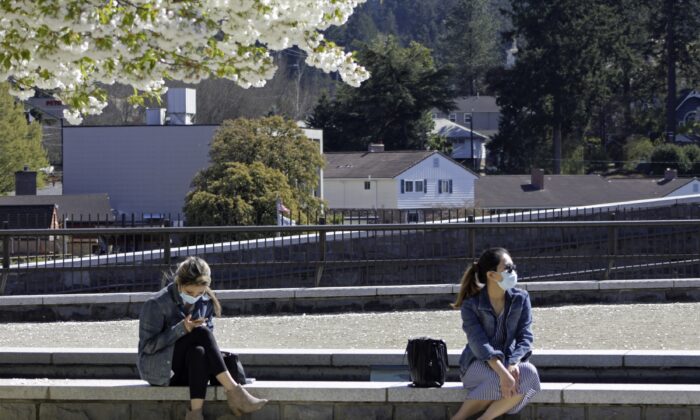 Authorities in Oregon say they’re looking into a report they published that falsely claims sky-high COVID-19 hospitalization rates among children.

“We are working with the company that completed the report, Rede Group, to look into that data question,” Jonathan Modie, a spokesman for the Oregon Health Authority, told The Epoch Times in an email on Nov. 19.

Modie said authorities would be able to provide an update as early as Monday.

The report in question was produced by a firm called the Rede Group as a contractor to the health authority, as outlined in a Senate bill that was passed this year.

The 725-page report includes multiple instances of misinformation, including the false claim that COVID-19 hospitalization rates among children were as high as 47.4 percent.

In a graph, the report depicts the hospitalization rates as above 30 percent for all childhood age groups, with the highest being 47.4 percent among children aged 12 to 17 as of June.

Hospitalization rates are the percentage of people who test positive for COVID-19 who were admitted to a hospital.

Robb Hutson, a spokesman for the Rede Group, told The Epoch Times via email that he would have the company’s data team look into the matter.

States across the country, as well as federal officials and media outlets, have repeatedly put forth COVID-19 misinformation during the pandemic, including exaggerating the risk the disease poses to people and hyping vaccine effectiveness.

Eric Happel, a Nike employee who has criticized Oregon’s COVID-19 restrictions, flagged the false information in the new report.

He said the graph on hospitalization rates “is so wrong that everyone in OHA should know it’s wrong,” adding that “this is just so incompetent it is beyond embarrassing.”

Happel also said he did not appreciate how the report does not address how school closures, which took place in many U.S. states in 2020 and into 2021, affected children apart from saying health officials had to “balance the potential benefit” of such measures “against the serious ramifications,” including “creating social isolation.”