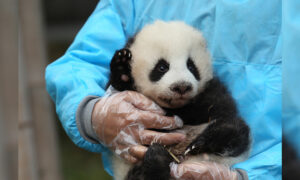 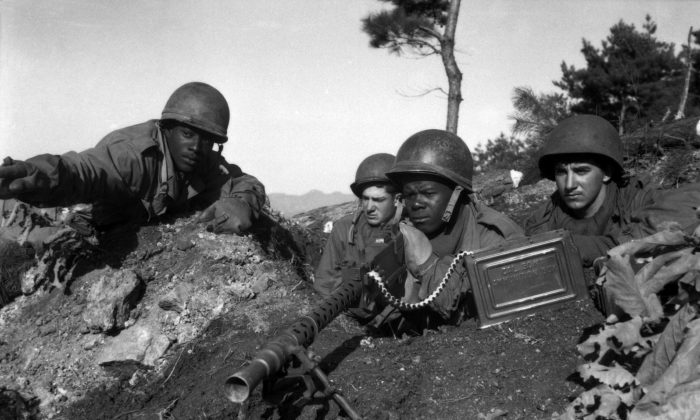 According to the notice, the TV series, called “Crossing the Yalu River,” was described as a reminder of “China’s heroic sons and daughters”—referring to China’s military, the People’s Liberation Army—and their “great spirit of fighting the American troops” during the Korean War, which broke out in 1950.

The Yalu River is situated on the border between North Korea and China.

The CCP refers to the Korean War as the “War to Resist U.S. Aggression and Aid Korea.” According to the CCP’s propaganda narrative, the Korean War is lauded as an unprecedented “victory” against the United States.

During the 70th anniversary of the Korean War in October 2020, Chinese leader Xi Jinping gave a high-profile speech. Xi repeated the CCP’s propaganda that the United States first invaded North Korea, and that Chinese troops sacrificed themselves to resist U.S. aggression.

In fact, the conflict ignited when Pyongyang forces suddenly attacked South Korea in June 1950. Weeks later, the United Nations joined the war on the side of South Korea, with soldiers from 21 countries.

After branding the U.N. troops as “invaders,” he said the Chinese army “shattered the myth of the U.S. army’s invincibility” and eventually gained a “great victory” with North Korea.

July 1, 2021 will mark the 100th anniversary of the founding of the CCP. To create a positive atmosphere, the CCP is scheduled to roll out a month-long series of publicity activities.

Tianjin authorities acted ahead of the nationwide propaganda campaign and issued the notice.

Wang Aizhong, a dissident in Guangzhou city, southern Guangdong Province, told Radio Free Asia that the CCP has no other way but to take coercive measures to pressure the Chinese people, especially its Party members and officials, and espouse its communist theories or ideologies, including its Party culture.

Ji Feng, an independent scholar in Beijing, said that whenever problems arise in Sino-U.S. relations, the Chinese regime will find an excuse to air its stance and promote its narratives to Chinese citizens.

Song Yongyi, a scholar of contemporary Chinese political history, said in an interview with RFA that the CCP’s highlighting of the Korean War signals that the present-day regime has entered into a “war thinking” mode, just as it did during the Mao Zedong era.