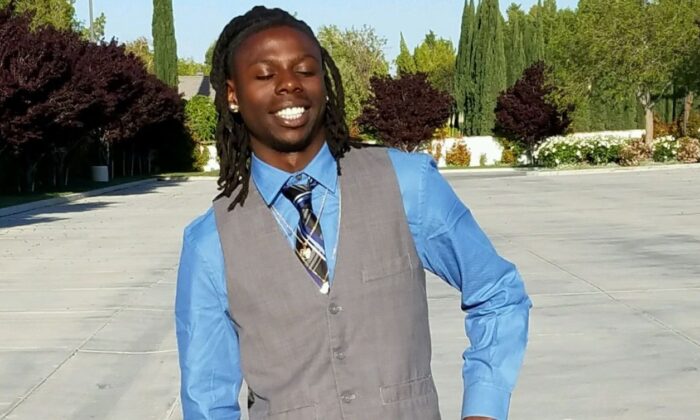 Robert Fuller, 24, in a file photo. (GoFundMe)
US News

City officials in Palmdale, California, have called for an investigation after a man was found dead and hanging from a tree.

Robert Fuller, 24, was found dead on June 10 at around 3:40 a.m. local time in the Southern California city, officials told CBS Los Angeles. The Los Angeles Sheriff’s Department initially said that Fuller died in a suicide, but Fuller’s family said they believe he was lynched and are seeking an investigation into his manner of death.

The City of Palmdale later announced on Saturday that it is “officially supporting the call for an independent investigation and an independent autopsy of Mr. Fuller.”

“The City has already reached out to Mr. Fuller’s family, offering help and support, and will do everything possible to assist Mr. Fuller’s family during this difficult time as a complete vetting of his death is investigated,” the city’s statement said. “We join with our community and Robert Fuller’s family in mourning his tragic death.”

Over the weekend, Black Lives Matter protests were held in Palmdale following his death.

“Although the investigation is ongoing, it appears that Mr. Fuller has tragically died by suicide,” Capt. Ron Shaffer of the Los Angeles County Sheriff’s Department said last week, according to CBS LA. His family members said he wasn’t suicidal.

“He was not suicidal and he had no mental illnesses. We do not want that to be implied,” said Pernisha Theus, a cousin, adding that Fuller had returned from visiting family members in Arizona and showed no signs of distress.

She then claimed his death was “a lynching.”

Mayor Steve Hofbauer of Palmdale said that a “preliminary impression was from the Coroner and the investigators that were out there” determined that his manner of death may have been suicide.

“The city manager and I have been working the phones to talk with other investigative agencies that may be able to assist us in this process,” he said.

According to CBS LA, city officials said there were no working cameras in the area.

A GoFundMe was set up for Fuller’s family.

“Words can’t describe how my family is feeling. We grew up there in the Antelope Valley, we have so many friends, families that loved Robert. Please help with whatever you can. We greatly appreciate everyone. Thank you for standing with us during this difficult time,” the page said.