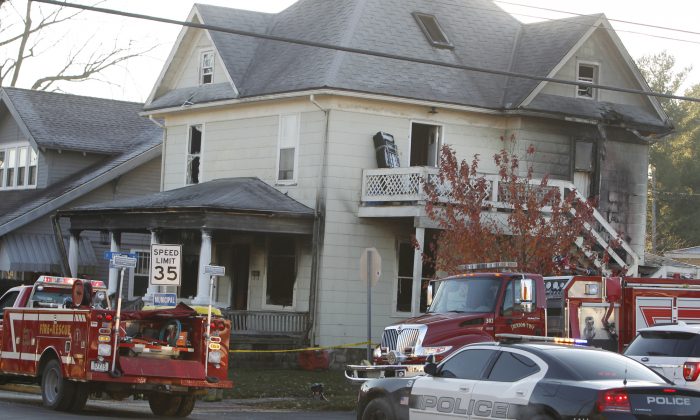 The fire at the home in Flora, about 60 miles north of Indianapolis was called in at around 3:40 a.m., said Todd Trent, an assistant chief of the local fire department.

A Carroll County sheriff’s deputy who was the first to arrive was overcome by smoke and heat while trying to reach the children in their second-floor bedrooms and was pulled from the burning home by a local police officer who also was unable to reach the kids, authorities said.

Firefighters who arrived a few minutes later were able to retrieve the children but couldn’t revive them, Trent said. He said all four likely died of smoke inhalation. Flora Police Chief Paul Redmon said the girls ranged in age from preschool to the sixth grade, WLFI-TV reported.

The children’s mother was on the first floor and survived. Trent said she suffered from smoke inhalation and may have had other injuries, and was airlifted to a hospital in Indianapolis. Her condition was not immediately known.

Angela Francis, an emergency medical technician who lives next door the home, said she was awakened early Monday by the mother’s screams.

“I heard the mom outside yelling and screaming,” Francis told the (Lafayette) Journal & Courier. “By the time I got over there, I was helping one of the ambulances with one of the officers.”

Yoder was airlifted to a Fort Wayne hospital with smoke inhalation and burns but his prognosis looks good, Leazenby said. Disinger was in stable condition at a Lafayette hospital, WLFI-TV reported.

The State Fire Marshal’s office says the fire’s cause remains under investigation but that foul play isn’t suspected. It said the children’s names were being withheld pending the notification of their relatives.

The home, which had one working smoke alarm, was divided into two apartments. A woman who lived in the other unit escaped unharmed, the office said.

Trent said the deadly fire had shaken the town of about 3,000 people.

“For a small community, this is quite a tragedy. All four children attended the local school, you have all the classmates who knew them and the mother worked here in town,” he said.