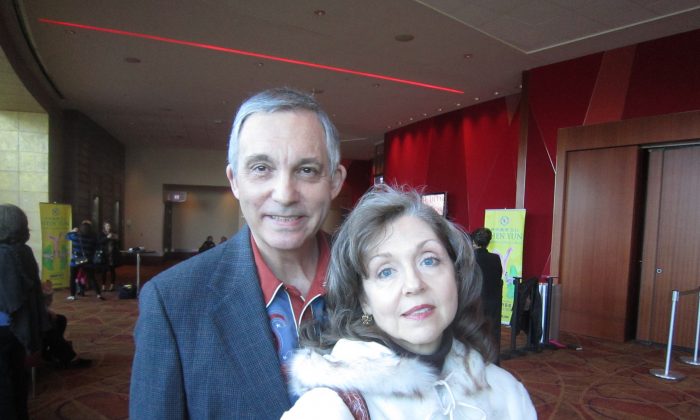 Like for many other audience members around the world, the depth of China’s divinely inspired culture was not clear until he saw New York-based Shen Yun.

Mr. Schillo grows companies by recruiting and retraining top talent, he is also an author and public speaker. His first exposure to Chinese culture was memorable.

“The choreography was brilliant. The staging was dramatic. Very impressive,” he said. “The acting, the facial expressions were wonderful. The variety was stunning.”

Based in New York, Shen Yun is the world’s premier classical Chinese dance and music company.

The website explains what Shen Yun is summed up as at first glance: “Sophisticated dance techniques, an orchestra joining instruments from both the East and West, beautiful costumes, and a stunning back drop.”

But there’s more. “Digging deeper, one discovers a sea of traditional Chinese culture. Mortals and divine beings merge on stage as one. Principles such as benevolence and justice, propriety and wisdom, respect for the heavens, and divine retribution, all come to life, washing over the audience.”

Nancy Schillo, a tutor and a Christian missionary, was touched by this divine aspect of the culture. In the performance, she saw the universality of messages of good and evil where good will prevail.

“I’m interested to learn more … there was a message of faith here,” she said. “We certainly think that we’d like to support China’s opportunities for people there to know about God and the Creator.”

China was once a land where the divine and mortals co-existed, but that culture had been suppressed under communist rule.

Mr. Schillo wrote “The Dad Who is There: My Journey to Becoming a Plus-side Father,” an autobiographical story of growing up with adversity, abuse, and suppression, and how the belief in the divine brought him peace and hope for the future. He also appreciated the divine in Shen Yun, and the many aspects of the production it was told through.

“The hosts were great … I really enjoyed all that,” he said. “The orchestra was lovely. I thought the blending of … Chinese and Western music was delightful.”