Author Says of Shen Yun: ‘Cate Blanchett was right! She loved it and we loved it.’ 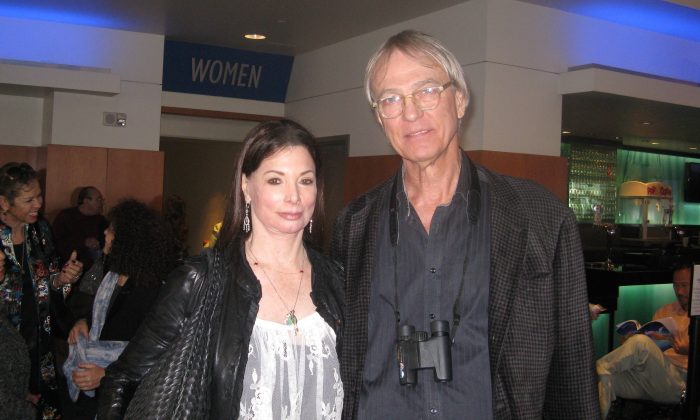 Bradley TePaske, Ph.D., and his wife, Arlene Landau, Ph.D., were among the audience members enjoying the performance.

Dr. TePaske, a Jungian analyst and clinical psychologist, has written or contributed to four books on Jungian thought. He has given seminar presentations in the United States, Europe, and Australia, and his paper The New Mary Magdalene was a keynote lecture for the 50th Anniversary of the C.G. Jung Institute of Zurich in 1998.

Dr. Landau, also a Jungian analyst, is the author of Tragic Beauty: The Dark Side of Venus Aphrodite and the Loss and Regeneration of Soul, board member of the Archive for Research in Archetypal Symbolism, and has presented internationally her lecture Aphrodite’s Shadow in Beverly Hills and Hollywood.

After watching Shen Yun, Dr. TePaske said, “Cate Blanchett was right! She loved it, and we loved it!”

Shen Yun is a non-profit, New York-based classical Chinese dance and music company that tours to over 100 cities in some 20 countries around the world each year on a mission to revive traditional Chinese culture.

Shen Yun’s website explains, “For 5,000 years divine culture flourished in the land of China. Humanity’s treasure was nearly lost, but through breathtaking music and dance, Shen Yun is bringing back this glorious culture.”

Dr. TePaske said, “You couldn’t find a more archetypal performance, and it was a joy to see.”

He continued, “the prelude in heaven; the whole drama on earth; the whole point of grinding through a material existence being to find one’s way, embrace the truth, and realize that we’re all in the same game together.”

Dr. TePaske was referring to the first piece, Grand Descent of the Deities, as well as other pieces throughout the performance—the myths, legends, modern stories of courage, and themes that embody Chinese culture.

“We’re all one body and soul and spirit. And I thought that this was a fabulous celebration of that,” he said.

Dr. Landau agreed. She feels that Shen Yun will resonate with those who study Jungian thought.

“The mother-daughter theme when the mother was taken away by the bad guys—that was very poignant. That’s a real strong archetypal theme throughout all cultures,” she said.

She was referring to a piece called The Steadfast Lotus in which a mother is tragically torn apart from her daughter as they both experience persecution in modern-day China.

Both Drs. TePaske and Landau were also struck and delighted by the aesthetics of the performance.

“We enjoyed it very much,” Dr. Landau said. “Particularly the costumes were so delicate and magnificent, and the colors.”

“It was a lovely performance, definitely. The color was quite wonderful as well,” Dr. TePaske said.

He enjoyed the male and female emcees who introduced and presented a context to each piece, as well as the two-stringed erhu soloist and vocal soloists.

“It was just, altogether, very lovely.”

If he could speak to the people of China, Dr. TePaske would say this: “Remember Dr. Martin Luther King and what we did for civil rights in this country, and remember [the] great labor movements in the world, and the respect they showed to poor people.”