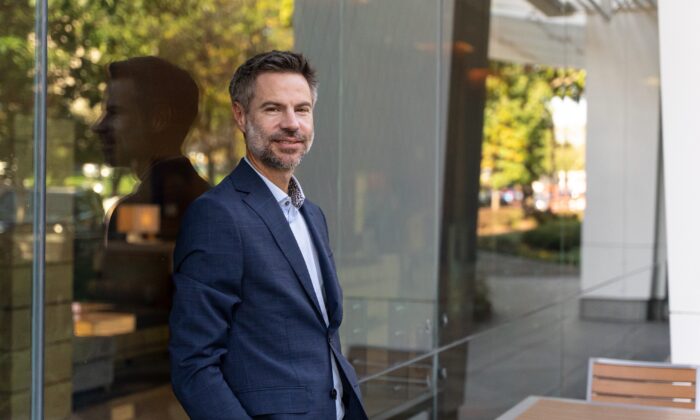 He has argued that these policies that loosen penalties for crime, push housing first for the homeless, and enable open air drug use, coupled with violent social justice protests, have led to the decline of the state.

According to the Public Policy Institute of California (PPIC), both property and violent crime were up by 17 percent in 2021. Between Jan. 1, 2020, and Oct. 31, 2021, researchers examined reported crime numbers for Los Angeles, Oakland, San Diego, and San Francisco. The study also noted that the peculiar circumstances of the COVID-19 pandemic are affecting the extent to which crime is reported.

“There’s good reason to think that crime has actually increased significantly more than that,” Shellenberger told The Epoch Times. “And the reason for that is that there’s just a very large number of people that report that they no longer report crimes—particularly property crimes, car break-ins, shoplifting, other kinds of theft—because the police don’t respond.”

The police don’t respond due to laws such as Prop. 47, according to Shellenberger. The 7-year-old law, originally called the Safe Neighborhood and Schools Act, reduces sentences for some crimes from felonies to misdemeanors. It reclassified any theft of less than $950 a misdemeanor. At the time, former San Francisco District Attorney George Gascón pushed the measure. Gascón is now the district attorney in Los Angeles.

“And so what we’ve seen is a number of drugstores that have closed in California—not entirely because of shoplifting, but probably very significantly because of that,” he said. “And I think that’s led to a sense of chaos and fear that people have really been besieged by rising amounts of crime and violence.”

Five of San Francisco’s 53 Walgreens locations closed in November 2021 after a string of brazen retail thefts swept through the city right before the holiday season, drawing national attention. Suspects targeted high-end luxury stores, such as Louis Vuitton in Union Square and Lululemon in Santana Way. Countless tourists have also become the target of car burglaries, and residents told The Epoch Times in December 2021 that car break-ins are just a normal part of life in the city.

Shellenberger said he voted for Prop. 47 in 2014 because he was concerned about mass incarceration and “the racially disparate impact of incarceration.”

“I felt there was a better way, particularly drug rehab, particularly psychiatric care, since so many crimes are committed by people that are addicted to hard drugs or suffering untreated mental illness,” he said. “But we were sold a bill of goods: We were told that people would be diverted away from jails and prisons into rehab. Well, the opposite basically occurred. People were diverted out of rehab. Rehab was no longer mandatory, it was optional.”

Michael Shellenberger: The Root Cause of America’s Homelessness Epidemic and Why the Term ‘Homeless’ Is Misleading

With San Francisco Mayor London Breed announcing a local state of emergency (pdf) in the historic Tenderloin district in December 2021, this could be the start of a turning point against progressive criminal policies, according to Shellenberger.

Much of Shellenberger’s findings about the city’s failures are found in his most recent book, “San Fran-Sicko: How Progressives Ruin Cities.” Before he became a critic of progressivism, he was an environmental activist and wrote several books on climate change, politics, and nuclear energy. He was named one of the “Heroes of the Environment” by Time in 2008, alongside Ted Nordhaus.

His perspective shifted when he worked for the George Soros Foundation in the 1990s to study rehabilitation methods to reduce the amount of people in prisons, after the crack epidemic resulted in mass incarceration and heavy sentencing. He said homicides dipped in the late 1980s, but they rose significantly shortly after.

“Part of the reason was the crack epidemic,” Shellenberger said. “We had very significant amounts of violence, resulting in a backlash—a law and order backlash. And to some extent, that went too far as well. We incarcerated many people for very long periods of time.”

He said his understanding was that they would be seeking alternatives to incarceration that would expand the use of probation, including drug testing, to help would-be criminals get off the street and onto a straight path in life, along with other forms of rehabilitation. One example was electronic monitoring to make sure that people didn’t go back to dealing drugs or to make sure that they weren’t committing other new crimes.

“But that’s not what’s been going on,” Shellenberger said. “We’ve seen an effort by progressive district attorneys, both in California but also in other parts of the United States, to just reduce sentences and prosecution altogether. And the result has been that we now know that half of all people let out of jail after being caught and accused of a crime, half commit new crimes before their sentencing. So, the efforts to do alternatives to incarceration really ended up being no consequence whatsoever for breaking the law.”

Despite millions of dollars being spent toward several city-run harm reduction programs, the root of issue of crime isn’t being addressed, and city leaders continue to defend Prop. 47, according to Shellenberger.

“There’s no real alternative, which is really a shame, because we now know that … drug addiction plays such a significant role in crime,” he said.

Shellenberger pointed to a Hawaii program called the Hawaii Opportunity Probation with Enforcement (HOPE), which uses expanded probation, including drug testing, as an alternative to jail and prison.

“And it’s worked remarkably well,” he said of the program. “The consequence of people violating their probation, including failing a drug test, is jail. But that pressure it puts on people helps them to overcome their addictions. It helps them to just rehabilitate, get a job, achieve independence, live a normal life—but that’s not what progressives have pursued.”

Shellenberger said recovering drug addicts usually hit rock bottom before they decide to get clean, but city leaders “are lowering the bottom.” The city’s model of harm reduction doesn’t require addicts to be clean before entering temporary housing or receiving treatment.

“We have to mandate drug rehabilitation for addicts who break the law,” he said. “I think that people that are using fentanyl and meth in the privacy of their own homes. I think it’s crazy, but I don’t think that should be a law enforcement priority.

Between January 2021 and November 2021, nearly 600 San Franciscans died from drug overdoses related to fentanyl. The crisis in the Tenderloin has worsened in recent months, according to Breed. One of the city’s nonprofit partners reported a more than 35 percent increase in the distribution of Narcan—a life-saving drug to reverse overdoses—in the Tenderloin between October 2021 and November 2021.

In a previous interview with The Epoch Times, San Francisco Police Department Sgt. Richard Cibotti said he has patrolled in the Tenderloin for more than 10 years, and he had mainly encountered drug addicts for most of that time. But recently, it’s become more organized. Drug dealers are now usually armed, so the chances of run-ins with cops becoming violent “is very high.”

Shellenberger pointed to the defund the police movement as a reason for police officers being unable to do their jobs to the fullest. They’re scared that they’ll catch a case with the district attorney if they’re too rough with suspects, he said.

San Francisco District Attorney Chesa Boudin—who has been accused of being too soft on crime by locals and critics alike—defended Prop. 47 and progressive policies in a recent SFGate column.

Michael Shellenberger: The Root Cause of America’s Homelessness Epidemic and Why the Term ‘Homeless’ Is Misleading

“Proposition 47 also passed seven years ago and was followed by a decline in property crimes. Its passage did not prevent prosecutors from being able to hold those who commit organized retail thefts accountable; for example, all the charges in Union Square were still felonies,” Boudin wrote.

However, Shellenberger isn’t quite convinced. When he goes into the city, what he sees tells a different story.

“We have to move away from this current status quo of no consequences for breaking the law,” he said. “You can’t have a civilized society and lawlessness—the two are completely incompatible. In fact, the definition of civilization is to have cities that function, and cities cannot function if they’re overrun by crime and violence.”