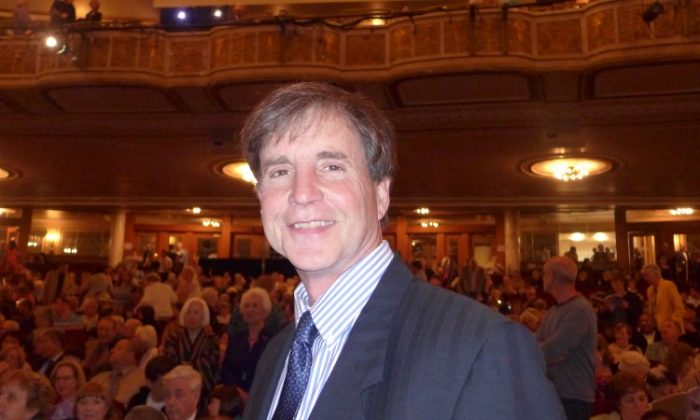 “The timing, and the colors in these show, the costumes—so nice,” Mr. Talt said.

Coming to see the show with Mr. Talt that evening was Heidi, who wished to only share her first name.

Heidi said the beauty, talent, and challenge of putting on a performance like the one she saw that evening had her captivated.

Heidi, who is a psychiatrist, added that she found the performance to be very “moving and emotional,” as well as spiritual.

“It’s beautiful, the values are something that transcend all cultures I think,” she said.

Through the performance, Heidi saw themes that she described as “hope in the human race,” she said, explaining that the performance helped her see the good side of human beings.

“You get a better appreciation for the good that human beings are able to achieve. It’s not just destruction … and laziness, lack of discipline. It’s people working together,” she said.

For Mr. Talt, it was the themes of loyalty and community that stood out most for him, among a few others.

“I used to work for a royal family, so the message [in the Shen Yun performance] is about loyalty, about courage, compassion, unity, culture, community—mostly community,” he said.

Based in New York, Shen Yun has a mission to revive China’s divinely inspired culture.

Mr. Talt pointed out that China has a long history, and said he appreciated seeing the culture being presented by Shen Yun on stage.

Shen Yun Performing Arts’s last scheduled performances for this season are in Chicago on May 10-12 and Syracuse, May 12.