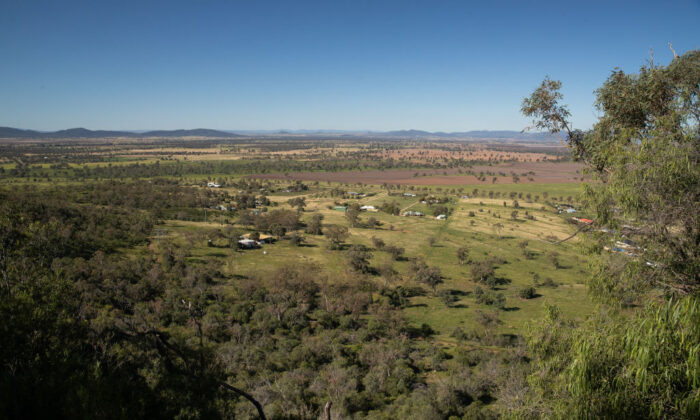 The prices of Australia’s farmland have soared by 20 percent in 2021, reaching the highest growth in 27 years.

According to the Australian farmland value report (pdf) by Rural Bank, the median price of rural land increased over eight consecutive years with a total growth of 123 percent by 2021. It now stood at $7,087 (US$5,008) a hectare.

The report also found that the total amount of farmland traded in 2021 reached a record high of 10.8 million hectares with a combined value of $15.6 billion.

Senior agricultural analyst at Rural Bank Michael Curtis said that the number of farmland transactions across the country grew by 22.5 percent in the past year.

In comparison, the total area of Australian farmland sold in 2021 was larger than the European country of Portugal.

“That’s partly due to farmers that would have held on rather than selling during the drought period of 2018 and 2019,” Curtis said in comments obtained by AAP.

He said that the growth pace of farmland prices was slightly faster than that of the housing market in the past 18 years.

“We’ve seen residential property prices in Australian capital cities grow at about 5.4  percent per year, and that compares to Australian farmland, which is increasing at about 8.4 percent over the same period.”

The median price per hectare leapt by over 30 percent in Western Australia, Queensland and Victoria in 2021, while South Australia, Tasmania and New South Wales recorded more modest growth. Northern Territory was the only jurisdiction that witnessed a decrease in prices.

During the same period, the median price growth in some parts of Tasmania was more significant than any other region, standing at 50.9 percent. However, softer growth elsewhere in the state brought down the overall increase in Tasmania’s median price of rural land to 7.6 percent.

It is noteworthy that Tasmania’s median farmland price was $14,730 per hectare, the highest value in the whole country.

In general, Western Australia recorded the most significant median price increase of 36.3 percent in 2021.

On the other hand, the Northern Territory saw the median price slipping by 18 percent, despite a hike of 65.2 per cent in 2020.

The report found that a number of favourable conditions for farmers were responsible for the record rises in farmland values.

Nevertheless, Dundon noted there were signs that buyers began to stay cautious with farmland purchases.

“The prospect of higher interest rates and margin challenges from higher input costs could dampen demand and slow the rate of growth in property values,” he said.

“The strong rise in values in recent years will make some properties unaffordable for a number of farmers—and unviable as stand-alone operations, which should not be ignored, as it acts as a barrier to new entrants to the industry.”