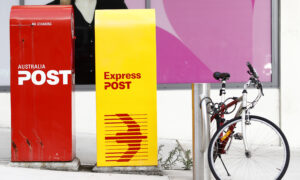 Australian federal and state government leaders are considering the use of electronic location monitoring devices to track low-risk cohorts of returned overseas travellers, so that they can quarantine at home instead of at hotels.

The proposal was put forward by Jane Halton, who led the national review of Australia’s hotel quarantine programs in all states and territories except Victoria, where the program failed.

“Hotel quarantine is difficult to endure, particularly for vulnerable people,” Halton wrote. “It is an expensive resource and requires a highly specialised workforce to support the system, including clinical, welfare, and security services in order to mitigate risk and discharge duty of care obligations.”

The report, released by Prime Minister Scott Morrison on Oct. 23, said Australia’s “one size fits all” approach to quarantine should be reconsidered. It suggested instead that a new quarantine regime could be achieved given an increased understanding of the CCP (Chinese Communist Party) virus, the speed of testing for the virus, the availability of new monitoring technologies, and consideration of the traveller’s origin.

Morrison said that National Cabinet would keep working on the use of technology as a way to increase the number of international arrivals to Australia.

“As noted by Ms Halton and AHPPC, alternatives to hotel quarantine for low-risk cohorts can also free up significant capacity in Australia’s hotel quarantine system for returning Australians,” Morrison said in a media release. The AHPPC is the peak decision-making committee for public health emergency management and disease control in Australia.

National Cabinet agreed that all states and territories across the Australian federation would continue to work towards enabling more Australians to return home.

Halton, who for 12 years worked as secretary of the federal health department, said in her report to National Cabinet that consideration should be given to the design of new quarantine models going forward.

The review looked into the quarantine approaches taken by countries with similar economies to Australia and some international approaches more broadly.

Singapore implemented border controls in March and required travellers to self-isolate for 14 days under a “Stay Home Notice” in a hotel room provided by the Singapore government.

However, they have since changed their quarantine arrangements based on better evidence about the risks, Halton said in her report.

Singapore adjusted its model to open its borders to certain countries—including to Australia, but excluding Victoria. Visitors to Singapore are handed location monitoring devices on arrival for the duration of their 14-day isolation—which depending on the country of origin, does not have to occur at a hotel.

The review also looked at quarantine arrangements in Canada, New Zealand, Taiwan, and South Korea and at the mixture of approaches for managing travel in the UK, Israel, Belgium, Iceland, and the Czech Republic.

These approaches included the traffic light system, travel corridors, green lists, traveller cohorts, and “other means of monitoring and testing, in place of quarantine.”

The traffic light system designates jurisdictions as either green for low-risk, amber for medium-risk, and red for high-risk. Travellers from green jurisdictions generally enter the country with no restrictions while amber and red are met with some restrictions upon entry.

Prior to the report’s release, Premier Daniel Andrews confirmed on Oct. 20 that his state government and the National Cabinet were looking into a range of technology options, including devices that also monitored a person’s vital signs.

“There is some technology that can actually monitor your vital signs as well so it becomes something that’s not just to ensure you stay where you’re supposed to stay; It’s also a way in which we can monitor if you’re healthy or otherwise,” Andrews said.

Several options are on the table, which could involve the use of smartphone applications or wearable monitoring devices—Halton’s report noted that this would be on a voluntary basis.

“It is noteworthy that Australian businesses have indicated willingness to manage quarantine arrangements for essential workers, including through the use of wearable monitoring devices for low-risk travellers to ensure that businesses can continue to operate,” Halton wrote in her report.

“The experience of the [Australian Capital Territory] and a number of international jurisdictions have successfully demonstrated that different models of quarantine can be implemented effectively. As such home quarantine with appropriate checks and/or options for participants to opt into other forms of monitoring should not be discounted,” Halton wrote.

Around 130,000 overseas and returned travellers have completed quarantine in Australia amid the pandemic, but only 851 travellers (0.66 percent) have been diagnosed with COVID-19.