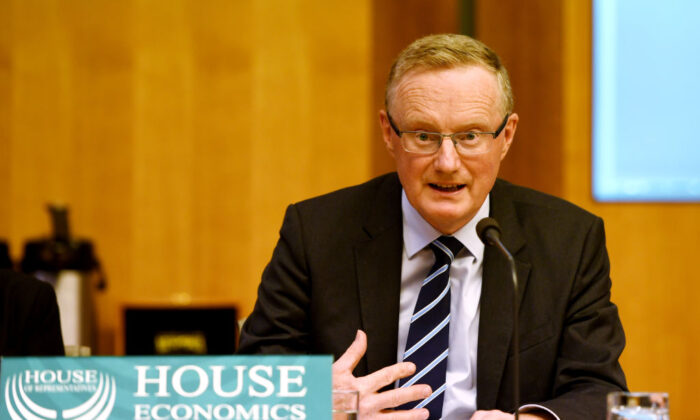 The Reserve Bank of Australia’s (RBA) governor Philip Lowe said Australia was making “better-than-expected progress” towards its inflation target, but there was still “a way to go.”

In an address to the Australian Business Economists, Lowe discussed the recent international trends in inflation and its implications on the Australian economy and the RBA’s monetary policy.

Lowe pushed back against recent market expectations that called for policy tightening in 2022 to address the recent surge in inflation, reiterating that Australia’s cash rate would not increase until inflation is “sustainably in the target” of 2 to 3 percent.

He acknowledged that it was hard to precisely define what “sustainably in the target range” meant and that there was “genuine uncertainty” in the inflation outlook.

“The latest data and forecasts do not warrant an increase in the cash rate in 2022,” he said. “The economy and inflation would have to turn out very differently from our central scenario for the board to consider an increase in interest rates next year.”

“It is likely to take time to meet the condition we have set for an increase in the cash rate, and the board is prepared to be patient.”

Lowe highlighted that while the numbers for unemployment and inflation would usually be considered as good outcomes, it was on the back of “extraordinary policy support.”

“Given the global and domestic forces I have discussed, the inflation outlook is more uncertain than it has been for some time,” he said. “But our central scenario is that underlying inflation reaches the middle of the target by the end of 2023.”

Most central banks and international organisations have concluded that the increase in inflation is likely only temporary.

In addition, while many of the factors that have caused inflation to rise elsewhere have also affected Australia, Lowe said most were “more muted here.”

He said the most crucial difference was the situation surrounding Australia’s labour market, as wages growth has not picked up as significantly as other countries.

“Wages growth is expected to pick up, but to do so only gradually,” Lowe said. “There are some jobs that are in very high demand where wages have increased, but we are yet to see a broad-based pick-up in wages growth.”

CBA has long questioned the RBA’s stance on inflation, given the exceptional level of stimulus that has been injected into the economy.

“Our expectation [is] for very strong GDP and labour market outcomes next year,” Aird said. “Of course, it may turn out to be the case that we are wrong, and we will be forced to eat a large slice of humble pie (a dish regularly served to economists).”

National Australia Bank (NAB) economist Taylor Nugent said the RBA’s wages growth target is well-known, but its reaction function is not as clear.

“Wages growth is not an explicit target,” Nugent said. “If near-term upside risks to inflation are realised and sustained for a period, wages growth lifts, and the outlook is positive, it will be difficult in real-time to assess where labour productivity is.”