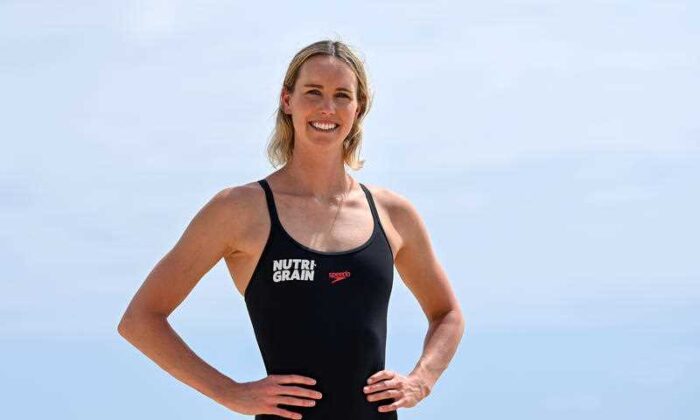 Australia’s greatest Olympian Emma McKeon has revealed she did not want to race against biologically male athletes as the transgender debate continues to dominate headlines ahead of the federal election on May 21.

Speaking at a Griffith University forum in Queensland on Tuesday night, the 27-year-old said trans athletes’ participation in female categories is a growing issue in the sporting arena, although it “hasn’t come to a point” where she would have to compete against a born-male athlete.

“I personally wouldn’t want to be racing against someone who is biologically a male, so that’s a concern,” she said, according to The Australian.

“The sport has to think about how to handle it and how to deal with it because you do want to be inclusive, but you don’t want to have females racing against swimmers who are biologically male because it’s just not fair.”

“It’s not a new thing, but it’s new in the fact that sports will, [and] swimming, have to deal with it. Individual sports are going to have to work out how to handle it.”

McKeon, a four-time world record holder, was also the winner of 11 Olympic medals—including five gold—making her the most decorated Olympian in Australia’s history.

The Gold Coast-based swimmer’s sentiment was echoed by swimming great Tracey Wickham on Wednesday, who suggested transgender athletes should race against each other in a separate category.

“I mean if they want to play world champion chess, go for it, but anything physical, no,” declared Wickham, who was the World Champion for the 400 metre and 800 metre freestyle in 1978.

While situations such as with U.S. swimmer Lia Thomas haven’t emerged in Australia, it is “only a matter of time” before it happens, according to Swimming Australia president Tracy Stockwell.

“I think we’ve got to be prepared for that,” she told News Corp on Wednesday.

Describing the transgender sports debate as “complicated,” “emotional,” and “divisive,” Stockwell said it is on Swimming Australia’s agenda for their May board meeting.

“We will be looking at lots of different examples of inclusive but fair policies.”

The issue has also spilled into Australia’s federal election, with Prime Minister Scott Morrison defending his handpicked Liberal candidate for the Sydney seat of Warringah, Katherine Deves, who is a vocal biological-sex campaigner.

“Others might want to cancel her,” he said, referring to calls to disendorse Deves over her controversial comments on the transgender issue.

“Others might want to cancel other Australians for standing up for things that they believe in, but I’m not going to have a partnership with them.”

“I think Australians are getting pretty fed up with having to walk on eggshells every day because they may or may not say something one day that’s going to upset someone.”

NSW Premier Dominic Perrottet said he shared the same views with Deves on the topic, but noted that “ultimately, as well, we in public, as politicians in the media, have an obligation in these areas of debate, to participate in a way that is sensitive, particularly in areas that are incredibly delicate and there are strong views on either side of the debate.”

In 2021, male-born athlete Hannah Mouncey took the Australian Foot League to court after being prevented from competing in the AFL’s Women (AFLW) in 2017.

Swimming Australia did not immediately respond to a request for comment.