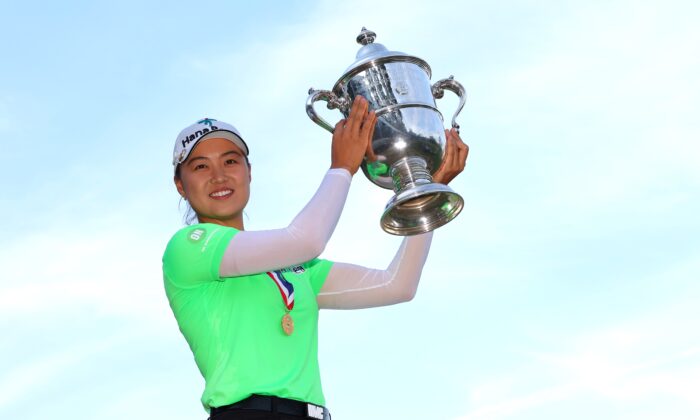 Australia’s Minjee Lee has won the prestigious U.S. Women’s Open in North Carolina, earning her $US1.8 million, the biggest ever prize in women’s golf.

The 26-year-old from Perth, Western Australia, took the event with 13 under par, four shots ahead of American Mina Harigae, and setting a new scoring record for the tournament, Golf Australia reported.

This is Lee’s second major, after a victory in the Evian Championship in France last year, and she is now expected to jump to the number 3 ranking, with only Korean Jin Young Ko and American Nelly Korda ahead of her.

The Australian began the final round of the tournament three shots in front at 13 under par but then jumped to five shots ahead of the American after birdies on the opening two holes.

From there, with a mix of birdie, par, and bogey holes, and despite having to get out of some tricky situations, Lee managed to hold par for the round, conceding just one shot back to Harigae.

“I’m speechless; I can’t believe it right now,” she said. “It’s been my dream since I was a little girl; it’s the one I’ve always wanted to win, so now I’ve done it, and it just feels amazing.”

The US$1.8 million in prize money is unprecedented in women’s golf, and the figure has almost doubled for the event since 2021.

Lee said the increased sum shows women’s golf is moving in the right direction and that things are only going to get better.

“I mean, it’s such a large sum, and I’m really honoured to be the first winner,” she said, speaking about the substantial prize.

Lee looked set to achieve greatness from a young age, dominating the amateur scene with a U.S. Girl’s Championship in 2012, Australian Amateur Championships in 2013 and 2014, as well as a World Amateur Team Championship for Australia in 2014, Golf Australia reported.

Since then, the Australian, now living in Dallas, has won eight times on the Ladies Professional Golf Association (LPGA) Tour, in addition to having represented Australia twice at the Rio de Janeiro and Tokyo Olympics.

Lee becomes one of only three Australians ever to win the U.S. Open, the others being Karrie Webb in 2000 and 2001 and Jan Stephenson in 1983.