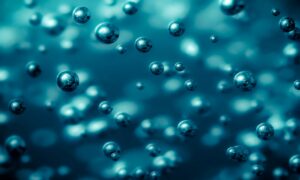 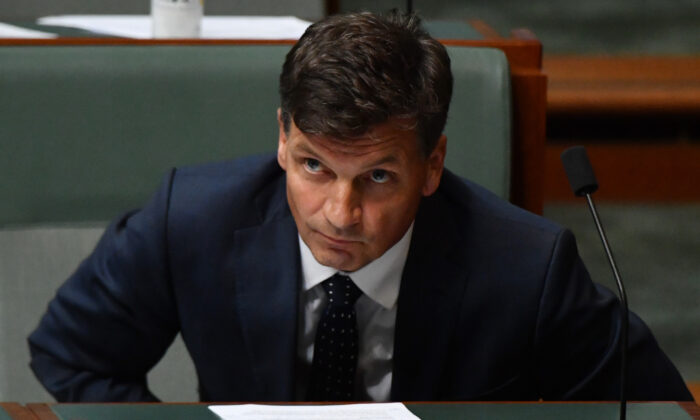 Minister for Energy Angus Taylor during Question Time in the House of Representatives at Parliament House in Canberra, Australia on Feb 2, 2021. (Photo by Sam Mooy/Getty Images)
Australia

Australia’s major political parties have battled over whether or not to allow the nation’s renewable energy agency to fund low-emissions projects based on fossil-fuel technology.

However, the renewables agency was not permitted to bankroll parts of the roadmap, such as carbon capture and storage (CCS)—a process which can be used in conjunction with burning coal or gas to capture carbon dioxide and pipe the emissions into underground reservoirs.

Minister for Energy and Emissions Angus Taylor introduced a bill to expand ARENA’s grant powers to include “low-emission technologies,” but the bill was blocked in the Senate in June over concerns the legislation was too broad and facilitated the continued use of fossil fuels.

But a second revision of the bill that narrowed the scope of its powers succeeded in making it through Parliament last week, enraging Labor and Greens who are seeking to hit back and annul parts of the legislation allows ARENA to fund CCS.

“Angus Taylor’s crusade to spend more public dollars on coal and gas is as shambolic as it is reckless,” Bandt said.

The Australian Conservation Foundation (ACF) had previously said that Taylor’s plan went against the purpose of the agency to fund renewable energy.

“Angus Taylor wanted to turn the Australian Renewable Energy Agency into a body that could be used to fund the Minister’s pet projects, many which have no connection to renewable energy,” said ACF climate change manager Gavan McFadzean.

But Taylor has pushed back, saying that the plan to use CCS would advance Australia’s economic development while also ensuring the nation met its climate change commitments.

“It’s time to ditch the political opportunism and scare campaigns … and get on with looking at all technologies to ensure we can provide affordable, reliable energy as we bring our emissions down,” he said.

Labor MP Joel Fitzgibbon, one of the only Labor MP’s to back CCS, said that the opposition should be doing more to support the government in its efforts to meet emissions reduction targets.

“Labor should just back whatever the government puts on the table. To do otherwise is to suggest we are not genuinely committed to action on climate change,” Fitzgibbon said.

“We’ve got to back the things the government is prepared to support, from renewables right through to carbon capture and storage. And we should be able to consider the merits of nuclear in this country.”

Hydrogen, and Carbon Capture and Storage

The Federal Government has included hydrogen as a top priority in its Technology Investment Roadmap, lauding the resource as a fuel of the future.

In particular, the government has set forth plans to make hydrogen more economically competitive by producing it through burning coal in conjunction with CCS to prevent emissions escaping into the atmosphere.

Taylor pointed to a global climate consensus that CSS was critical in reducing emissions, even if the technology was not yet commercially viable.

“Analysis by the International Energy Agency (IEA) shows that half the global reductions required to achieve net zero will come from technologies that are not yet ready for commercial deployment,” Taylor previously said.

“The IEA and IPCC (Intergovernmental Panel on Climate Change) both regard carbon capture technologies as essential to achieving the goals of the Paris Agreement.”

The technology underpins the Australian Government’s plan to meet commitments made under the Paris Agreement through low emissions technology and not through punishing taxes.

A world-first pilot to produce and supply hydrogen is already underway in Victoria, and the government has injected more than half a billion dollars to go towards creating hydrogen through CCS.

But the technology has been hit with serious backlash from environmental groups for facilitating the continued use of fossil fuels.

The Climate Council, an Australian climate change communications organisation, have said that CCS is also “unproven and expensive.”

“Every CCS project that has been undertaken so far has resulted in significant delays and massive cost blowouts. Even when they get a project up and running, CCS trial sites like Chevron’s Gorgon gas plant continue to belch out huge amounts of pollution,” the council stated.

“Despite billions of dollars being spent here and overseas, no successful CCS projects exist.”