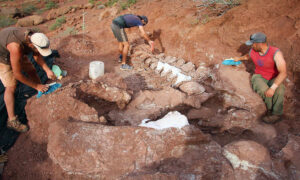 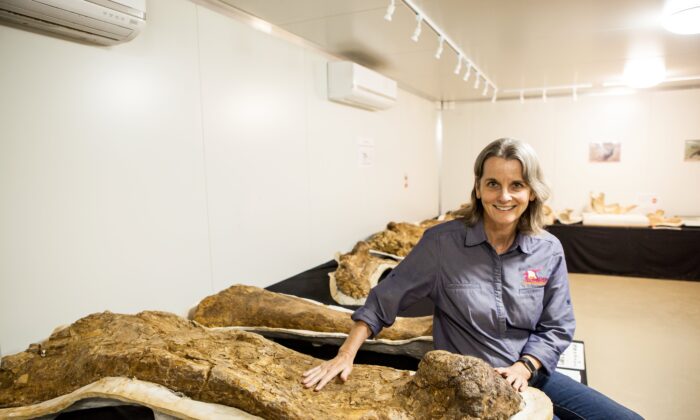 After 14 years of excavation, palaeontologists have officially confirmed that titan sized dinosaurs once walked across Australia after the discovery of dinosaur skeletons in 2007 by a couple in Eromanga of Southwest Queensland led to the findings.

The dinosaur —now officially named Australotitan cooperensis—is as long as a basketball court (25-30 metres) and reaches 5-6.5 metres tall, the height of a two-storey house. The behemoth is estimated to have weighed 74 tonnes, that is, 9 African elephants and is among the world’s top 10-15 largest.

The dinosaur lived in the late Cretaceous period (92-96 million years ago).

Jim Thompson, the CEO of Queensland Museum Network, said Australia is one of the last frontiers for dinosaur discovery.

“In the early 2000s, Australia was at the beginning of a dinosaur-rush, with a number of significant new species of dinosaurs and megafauna being discovered in the past 20 years,” he said.

But he noted that it was Queensland that was quickly cementing itself as the palaeo-capital of the nation with plenty more discovery to be made.

It is a point that Scott Hocknull, a palaeontologist from Queensland Museum, also believes.

“Our ultimate goal is to find the evidence that tells the changing story of Queensland, hundreds of millions of years in the making. A grand story all scientists, museums and tourists can get behind.”

Robyn Mackenzie, who runs the Eromanga Natural History Museum, and her husband Stuart Mackenzie knew they were onto something special when they stumbled on the bones while mustering cattle and are ecstatic by the confirmation that it is Australia first titan dinosaur.

The museum is currently working on an extra-large gallery for a 3D-printed skeleton for display, while the original skeletons will be carefully displayed elsewhere in the gallery.

Robyn emphasized that it’s critical for the discoveries to remain in the context of the region.

“In the past, they were moved, and places missed out on the social, economic and scientific benefits of having discoveries remain in the region,” she said.

Queensland Premier Annastacia Palaszczuk said that the new discovery is a chance for the state to increase its economic recovery.

“Dinosaur tourism has great potential to create jobs and generate millions of dollars for businesses in west Queensland,” she said. “This discovery and scientific finding will put outback Queensland on the map as one of the world’s leading destinations for dinosaur tourism.”

The scientific research has been published in the journal Peer J.