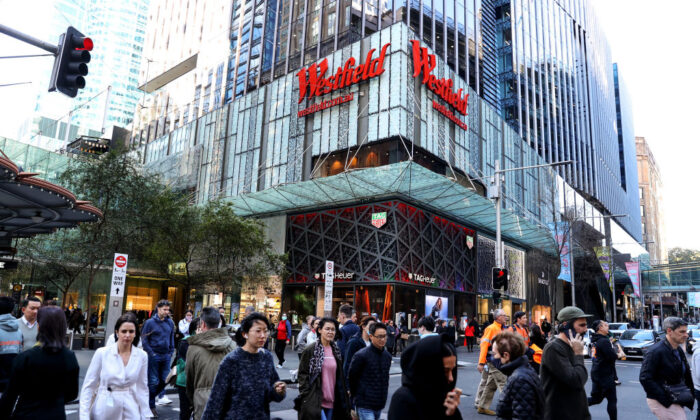 The largest bank in Australia has slashed its economic growth forecasts as it expects the central bank to continue raising interest rates throughout the latter half of 2022.

Gareth Aird, the head of Australian economics at the Commonwealth Bank of Australia (CBA), anticipated that the RBA would lift the official cash rate by another 0.5 percent in July, followed by 0.25 percent rises in August, September and November. This would push the cash rate up to 2.1 percent from the current 0.85 percent.

The CBA predicted that the above rate hikes would cause household spending to slow down substantially, resulting in the overall annual growth dropping to 2.3 percent by the December quarter from the previously forecast 4.3 percent.

At the same time, the bank expected GDP growth to slip to 2.2 percent by the end of 2023 from 2.6 percent previously.

“Our expectation is that Australia’s current economic boom has a little further to run, and the labour market will remain tight. So we don’t foresee a bust,” Aird said.

The downgraded growth outlook came as the Organisation for Economic Cooperation and Development (OECD) warned that more interest rate hikes would be needed to curb ballooning inflation in Australia.

According to OECD’s latest economic outlook, there are risks of inflation trending up because of strong global inflationary pressures and a tight domestic workforce market.

“(This) could lead the Reserve Bank of Australia to tighten monetary policy more aggressively, with potentially negative implications for consumption, investment and economic growth more generally,” the OECD said.

“High and rising inflation, rising interest rates and falling real wages all have consequences for our economy at a time of serious international uncertainty as well,” Chalmers said in comments obtained by AAP.

Meanwhile, RBA governor Philip Lowe noted inflation would likely go up further than the central forecast a month earlier. However, he added that the central bank would determine the size and timing of the subsequent interest rate increases based on incoming economic data.

However, Treasury Secretary Steven Kennedy, who is also an RBA board member, said inflation was likely to increase to above six percent and stay at that level till the end of 2022.

Similarly, AMP senior economist Diana Mousina expected inflation to climb by one percentage point and peak at seven percent in the September quarter due to the rises in energy prices from July 1.