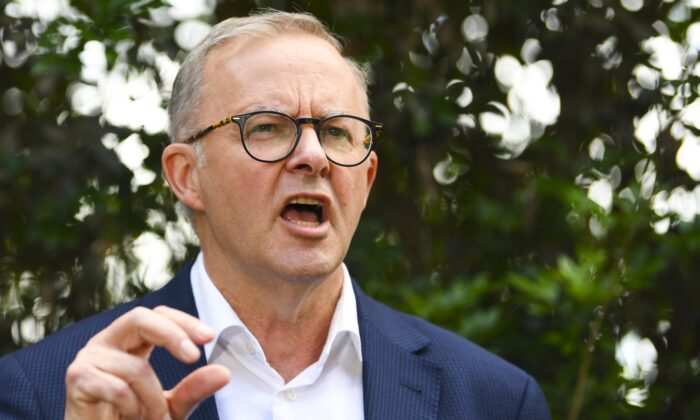 Australian Labor Party’s leader Anthony Albanese has avoided questions regarding whether his party’s cost of living packages will continue to deliver benefits to households in one-year’s time amid rising interest rates that are expected to hinder the benefits from the proposals.

It comes as handling the household budget becomes one of the most important election issues, with the Coalition recently announcing its plan to offer a $250 (US$176) welfare payment to vulnerable Australians. The caretaker government has also revealed a plan to give low- and middle-income Australians a one-off $420 (US$296) offset at tax times in order to tackle the soaring cost of living.

Speaking to reporters during his campaign’s launch in Perth on Saturday, Albanese criticised the Coalition’s plan for “one-off” cost of living relief support payments as “short-term.” However, the opposition leader did not detail an alternative plan from his party’s plan to better combat rising inflation.

The opposition leader described Perth, which has the inflation rate of 7.6 percent, as the “epicentre” of the “cost of living crisis.”

Labor on Sunday unveiled a plan to cut the cost of buying a home for more than 10,000 Australians by providing an equity contribution of as much as 40 percent for the purchase price of a new home and up to 30 percent for an existing dwelling.

It has also promised it will deliver cheaper childcare by increasing the maximum subsidy rate to 90 percent for families up to an $80,000, and removing the annual subsidy cap. Labor has also said it will cut emissions by 43 percent compared with 2005 levels by 2030.

But with inflation rising to 5.1 percent—the highest in two decades—and the Reserve Bank of Australia looking at raising interest rates for the first time in more than 10 years, Albanese was unable to promise that these factors will not hamper his party’s policies.

Meanwhile, Treasurer Josh Frydenberg said on April 28 that the government’s plan, if reelected, is to, in a targeted and responsible way, ease the pressures facing households from factors like Russia’s invasion of Ukraine.

“Labor has no plans to help families with cost-of-living pressures,” he said.

Prime Minister Scott Morrison has also pledged to create 1.3 million more jobs over the next five years, with more than one in three of those jobs to be in the regional areas.

“Since we were elected, we have created over 1.9 million new jobs, and our unemployment rate is down to 4 percent—the equal lowest level in 48 years—and forecast to fall further,” Morrison said in a statement on April 27.