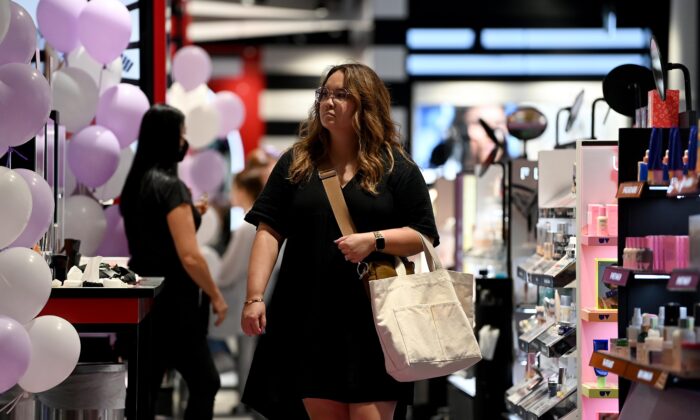 Inflation in Australia has accelerated by 2.1 percent during the first quarter of the year, bringing the annual inflation rate to 5.1 percent.

The Australian Bureau of Statistics (ABS) revealed that this was both the highest quarterly and annual consumer price index increase since the introduction of the goods and services tax (GST) in July 2000.

The most significant contributors to inflation in the March quarter were new homes, fuel, and tertiary education.

The ABS also noted that builders have been able to pass on construction costs to home buyers as demand for new dwellings remained elevated.

The capital city with the largest rise for new homes purchased by owner-occupiers was Perth, up 15.8 percent, followed by Brisbane and Melbourne.

Automotive fuel, up 11 percent, also reached a new record level for the third consecutive quarter following the global oil shock due to the Russian invasion of Ukraine and increasing demand as COVID-19 restrictions eased.

“Annual price inflation for automotive fuel was the highest since the 1990 Iraqi invasion of Kuwait,” Marquardt said.

Tertiary education prices rose 6.3 percent due to the continued impact of the updated student contribution band and fee schedule that was introduced last year.

Meanwhile, underlying inflation, a measure that essentially removes the impact of volatile price changes and is used by the central bank to make cash rate considerations, has risen to 3.7 percent.

This means inflation has surpassed the Reserve Bank of Australia’s (RBA) 2 to 3 percent inflation target range for the first time in over a decade, placing further pressure on the board to make its first policy change in its next meeting on May 3, before the federal election.

ANZ Bank now expects the RBA to hike the cash rate by 0.15 percent in May, followed by o.25 percent in June.

“A cash rate target of 0.1 percent is inappropriate against this backdrop. We don’t think the RBA needs to wait for more data on wages, given that its own liaison program indicates that ‘wages growth had continued to pick up in the March quarter.’” ANZ Head of Australian economics David Plank said.

Australia’s inflation rate remains far below that of Canada, New Zealand, the United Kingdom, and the United States.