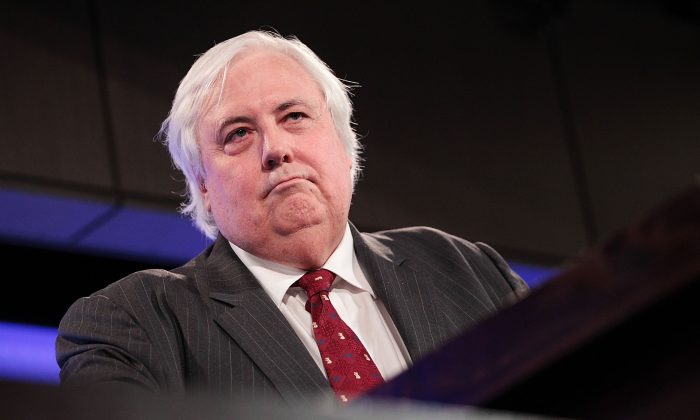 Businessman and election candidate Clive Palmer is seeking a ruling from the High Court on the publication of data on election night.

The High Court is set to hear a bid by businessman Clive Palmer to ban the Australian Electoral Commission publishing data, including two-candidate preferred counts, until booths close countrywide on election day.

The two candidates listed are almost inevitably Liberal-Nationals or Labor and not candidates from minor parties or independents.

Palmer, who is contesting a Senate seat for Queensland and running a team of United Australia Party candidates, wants the court to prevent the AEC publishing data until 9.30pm (AEST), after polls in the Cocos (Keeling) Islands, Western Australia and the Northern Territory have also closed.

He says the current process gives the appearance of the AEC, an independent umpire, favouring major party candidates and could misinform voters about the true state of the count.