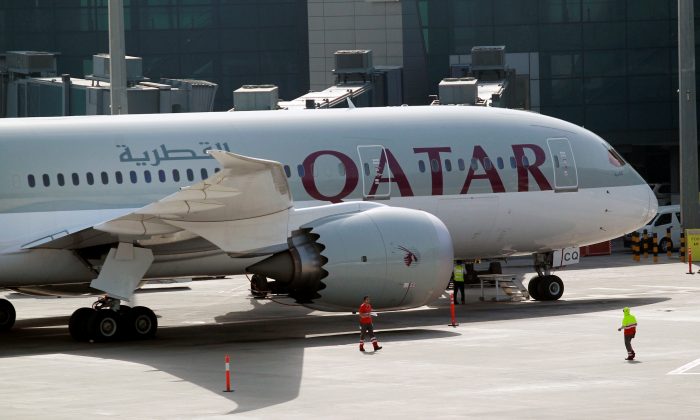 Australia’s Foreign Affairs Minister Marise Payne welcomed the Qatari Prime Minister’s apology on Friday for the mistreatment of female passengers at Doha’s international airport prior to the departure of a flight to Sydney earlier this month.

After a newborn baby was found stuffed in a trash can in one of the women’s toilets at Hamad International Airport on Oct. 2, several female passengers from 10 aircrafts, including 13 Australians and 5 foreign nationals, were searched as authorities attempted to discover who had given birth.

The Department of Foreign Affairs and Trade (DFAT) statement said that Qatar’s preliminary investigation has shown that illegals actions occurred during the incident.

“It is an important step that these offences have been referred to the Public Prosecution Office,” Payne said on Friday.

“Australian passengers will be reassured that Qatar has established a specialised task force to review procedures and protocols to ensure there is never a repeat of this incident.

“The statement of the Government of Qatar is consistent with our expectations for contrition, accountability and determination to avoid any repeat of this disturbing episode,” Payne said.

The Qatari government had previously said on Wednesday that it “regrets any distress or infringement on the personal freedom of any traveller.”

But said the search was triggered urgently to find whoever attempted to kill the baby by hiding it in a trash can, “concealed in a plastic bag and buried under garbage.”

Its statement read: “The baby girl was rescued from what appeared to be a shocking and appalling attempt to kill her. The infant is now safe under medical care in Doha.”

The Qatari apology comes after the Australian government expressed outrage and union workers threatened not to service Qatar Airways aircraft in Sydney over the incident.

“This is just downright sexual assault sanctioned by a government, and we can’t have that,” NSW TWU secretary Richard Olsen told Nine Network on Wednesday.

Federal Labor frontbencher Joel Fitzgibbon echoed Olsen’s view and said the government should be robust in its response.

“If true, this effectively amounts to state-sanctioned sexual assault, and we should all be very, very concerned,” he told Nine News.