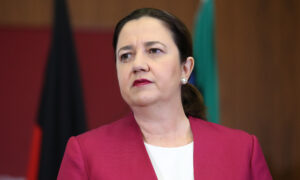 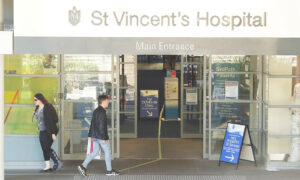 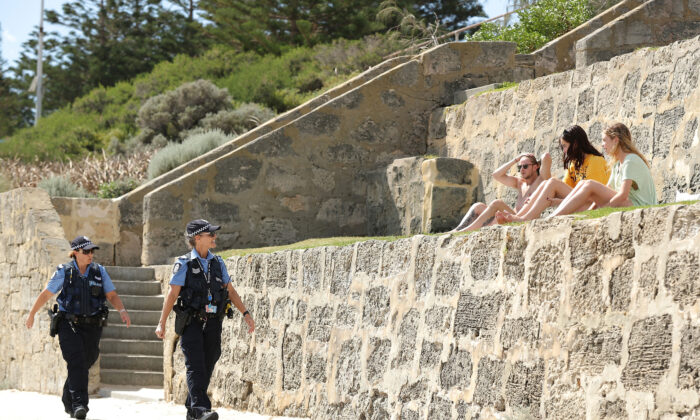 Australians across a number of states and territories have enjoyed a taste of normality during the first weekend of eased COVID-19 restrictions.

Prompted by declining COVID-19 figures, some state governments decided to ease restrictions ahead of schedule. Additional state police will be deployed to ensure residents are following social distancing rules that remain.

Restrictions will be lifted at Recreational grounds and national parks. Northern Territory Police have applauded the behavior of Territorians following the ease of virus restrictions. A total of 115 compliance checks were conducted by police across NT. Despite eased restrictions, police increased visibility in public spaces.

Northern Territory (NT) was the first to lift major restrictions after recording zero deaths. The NT went 25 consecutive days without new virus cases until May 3 when two people tested positive for the CCP virus.

It’s all fun and games at Litchfield National Park, until the car park is full and social distancing gets difficult…

Swimming spots were pretty packed this morning, but police on the ground said people have been well behaved and well separated. @abcdarwin pic.twitter.com/La5wPPSP2N

Premier Annastacia Palaszczuk eased travel restrictions allowing residents to travel up to 50 kilometers from their homes for recreational purposes. A considerable amount of Queenslanders were present in parks and beaches, and along hiking tracks.

The Gold Coast was one of the busiest areas, where police were called out to intervene at a number of house parties. Seven men were handed police infringement notices (PIN) of $1,334 (US$853) at one party, and a further 18 at another.

Chief Superintendent Mark Wheeler said he was frustrated at the disregard for restrictions.

“It’s especially disappointing considering the vast majority of Gold Coast residents [were] doing the right thing and following the rules in line with the easing of restrictions across the weekend,” he said.

Despite New South Wales experiencing the highest amount of CCP virus cases, the state lifted restrictions on May 1, allowing families (consisting of two adults and their children) to visit other households for the first time in weeks. Bondi beach extended its opening period from Monday to Friday, to include weekends.

NSW Premier Gladys Berejiklian said she was so far pleased with how the state’s residents had followed the eased restrictions.

In the Australian Capital Territory restrictions were lifted allowing people to enjoy small dinner parties and two families were allowed under one roof for the first time.

Outdoor activities in WA edged closer to normality with restrictions eased on fishing, camping, and hiking, as well as boot camps, and picnics. The state has increased social gathering limits from 2 to 10 people.

Border patrol checks will be lifted in South Australia allowing interstate travel. The state has 438 confirmed cases, and 428 have recovered.

On May 4, Tasmania will lift restrictions on non-essential retail in the north-west region, where a significant outbreak was reported on April 13. Two-thirds of all the island’s cases have come from the north-west cluster. Of the state’s 221 confirmed cases so far, 158 people have recovered.

Victoria has opted for a blitz of testing before lifting any restrictions. As of May 3, around 55,000 Victorians have been tested for the COVID-19 disease. It is reported that 13,000 were tested on May 3 alone.