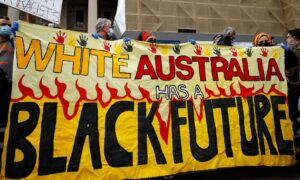 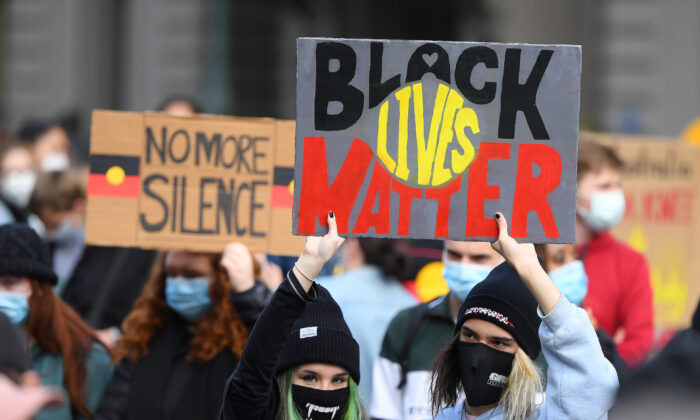 People march in solidarity with protests in the United States in Melbourne, Australia on June 6, 2020. (Quinn Rooney/Getty Images)
Australia

Australia’s First Probe Into the Impacts of Colonisation Appoints CEO

A truth and justice commission set up to investigate the historical and ongoing effects of colonisation on Aboriginal people in the Australian state of Victoria, and propose steps for reconciliation, has appointed its chief executive officer.

Josh Smith, a Dunghutti man with experience in law, justice, and social policy, will lead the strategic operation of the state’s Yoo-rook Justice Commission, which is expected to begin work in July, The Age reported.

As the first commission of its kind in Australia, the Yoo-rrook Justice Commission will be modelled after the Truth and Reconciliation Commission led by Nelson Mandela in South Africa after the end of its apartheid.

It will be charged with investigating all acts committed against Aboriginal people, both in the past and present, and is expected to begin next month with a final report due three years later.

According to The Age, Smith will take up the role on June 21, working alongside commission chair Prof. Eleanor Bourke, and commissioners Wayne Atkinson, Prof. Kevin Bell, Sue-Ann Hunter, and Prof. Maggie Walter. Smith is highly regarded, with a large network amongst Victoria’s Aboriginal communities.

“It’s great to see work is getting underway at the Yoo-rrook Justice Commission with the appointment of their CEO,” a spokesperson for the First Peoples’ Assembly of Victoria told The Epoch Times on June 9.

“In the coming weeks, we will hand the Commission our report on what we’ve heard from community as the democratically-elected voice for Aboriginal people on Victoria’s path to Treaty.

“Treaty and Truth in this state means a better future for our kids and grandkids, and a better Victoria for all.”

Smith will assist the commissioners to achieve the commission’s objectives, including those related to truth-telling, educating the wider public and making recommendations for structural reform, a commission spokesman told The Age.

Named after the Wemba Wemba/Wamba Wamba word for ‘truth’, the Yoo-rrook Justice Commission will be made up of a panel of five men and women nominated jointly by the FPAV, the Victorian state government, and the International Center for Transitional Justice.

It will be given all the powers of a royal commission—Australia’s highest form of public inquiry—to look into the impact of colonisation on Aboriginal people, including giving the commission the power to compel witnesses to appear before public hearings.