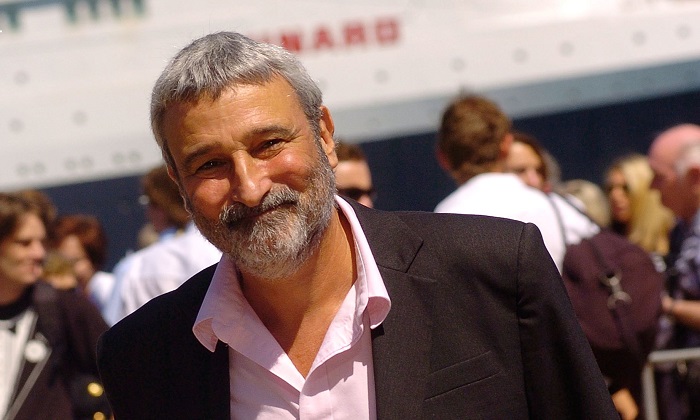 Australia is currently having its own Harvey Weinstein moment with allegations surfacing about the sexual misconduct of a powerful figure in the country’s entertainment industry during the late 1980s and 1990s.

More than 50 people have made claims against Don Burke who spearheaded the gardening and lifestyle TV genre in Australia, making him a household name. His program Burke’s Backyard ran for 18 years and was one of the highest rating shows of its kind in the country.

The claims against him were made in a joint ABC/Fairfax investigation which had on record former colleagues saying he was a “bully”, a “misogynist” and a “sexual predator.”

One of those interviewed as part of the investigation was Bridget Ninness who for seven years, worked as a producer for Burke.

“He was lewd and he was crude and he loved… to shock you, it was always of a sexual nature so it was always designed to confront you and to demean you,” Ninness said.

Among those making claims are two former TV researchers who say the TV legend groped their breasts and a young aspiring actress who was told she would have to audition topless for his G-rated program.

The aspiring actress was Wendy Dent, who met Burke at the age of 21 when she acted the role of a fairy at the Melbourne Garden Show in the mid-1990s. On that first occasion, he made a lewd comment that she tried to ignore and spoke to him again by phone about the opportunity to appear on his show.

“He was talking to me about being able to help make my TV career, but starting with having me on Burke’s Backyard as kind of a featured mermaid. And he suggested, ‘Well you’ll have to audition, but you’ll have to be topless’.”

After that comment, Dent said she declined his offer and ended the call.

“I went from feeling like this talent with a future to feeling like I was just a pair of boobs to him, to be honest. All of a sudden it was like this loss of this big break,” she said.

Sometime after that experience, Dent said she left Australia for Hollywood to pursue an acting career but became disheartened.

“I thought, ‘Oh my god, they’re all like Don Burke.’ After years of experiences, Dent felt that many colleagues were as bad as Don Burke, or even worse,” she said.

The numerous claims made in the report have been backed by three past CEOs of the television channel that broadcast Burke’s program.

One of the former Channel Nine CEOs, David Leckie, said there were complaints about Burke’s “unpleasant” behavior.

“I’ve been trying to think of Harvey Weinstein-type people, and the only one I can ever come up with is Burke,” he said.

Even years after the last show was axed in 2004, Burke remained well known in the country and the allegations against him have shocked the population. The now 70-year-old maintains a smaller but active presence on both TV and radio.

Burke, a holder of the Order of Australia, strongly denies the allegations and has sought top lawyers to fight the claims.

In a Nov. 27 interview with a Channel Nine program, Burke admitted he “wasn’t a nice person” and “people don’t like me,” and this has been amplified by the Harvey Weinstein affair in the U.S.

“It’s a witch hunt. I might have terrified a few people, or whatever, and that I shouldn’t have done that, but these sort of things there no relation to who I am and what I am about,” Burke told interviewer Tracy Grimshaw on A Current Affair.

“There are plenty of people who were there at the time and are furious, because these things didn’t happen,” he said.

The recent inundation of reports on sex abuse scandals in Hollywood – led by those involving movie mogul Weinstein – have had wide coverage in Australia, resulting in local journalists seeking to expose similar abuses in their local entertainment industry.

One of those journalists is Tracey Spicer.

“In the wake of the Weinstein scandal I put out a very small tweet saying I was investigating… people in the Australian media,” Spicer told ABC.

“I’d expected to get perhaps a handful, a couple of dozen women responding. To this day 470 people have come forward,” she said.

Spicer said a number of people complained about Burke’s sexual harassment and bullying, and about how Channel Nine failed to pull him into line.

Spicer told The Australian newspaper that this week she will release a dossier of 65 Australian media figures accused of sexually harassing and assaulting women.

Endemic in the Industry?

However, some industry insiders say the issue is not an endemic one. Australian actress Pia Miranda told the ABC – before the Burke scandal became public knowledge – that her involvement in the industry had been different and that there were differences between Australia and Hollywood.

“The industry is quite small, so people tend to get weeded out quite quickly if they’re behaving badly or something untoward is going on. I mean, that’s my experience,” Miranda said.

“I think in America, there’s so much money to be made [and] so much power. Someone like Harvey Weinstein has so much power,” she said.

“Whereas in Australia, it’s definitely more of a community feel, which I think holds us in good stead.

“I know for me, working with young actors, they’re really taken care of quite well. There’s always someone looking after them on set.”

The Australian film industry has a very different culture to the one #HarveyWeinsten operated in, says actor Pia Miranda pic.twitter.com/coWWCC4BWz