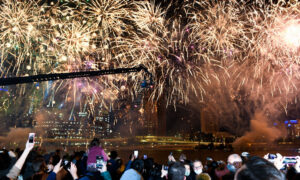 The Australian Prudential Regulation Authority (APRA) wants the country’s four biggest lenders to raise their available capital by four to five percentage points by 2023, from the current 14.5 percent, according to a discussion paper it released on its website.

APRA has already ordered the big banks to boost capital twice since 2015 as it seeks to make the sector impregnable to global shocks.

The extra capital buffer would bring Australian banks in line with new international standards developed by the Basel Committee on Banking Supervision and adopted by Canada and European Union countries, it said.

Australia’s fourth-largest bank by market value, National Australia Bank Ltd , said in a market filing it would need to increase its capital by up to $19 billion over the next four years, and then issue less senior debt, to meet the latest requirement.

NAB has been running behind its peers in meeting existing minimum capital requirements ahead of a 2020 deadline.

Westpac Banking Corp said it would need to increase its capital by up to $21 billion, with corresponding decreases in other forms of funding.

NAB shares fell 4 percent as they traded ex-dividend. Adding back the value of the dividend they were still trading slightly lower.

Shares of the other three lenders rose, in line with the broader market. Spokespeople from CBA and ANZ were not immediately available for comment.

NAB said last week it was on track to meet existing capital requirements on time, however some investors have raised concerns the bank would have to cut dividends to raise the money.

Billions of dollars have been knocked from the market capitalization of the banks in the wake of the revelations, as investors price in an anticipated tightening of regulations.

APRA said banks could use any form of capital to meet the higher requirements and that it anticipated most of it would be tier 2 capital.

“The aim of these proposals and resolution planning more broadly is to ensure that the failure of a financial institution can be resolved in an orderly fashion,” APRA Chairman Wayne Byers said in a statement.

APRA is seeking industry feedback before the proposals are implemented.

By Paulina Duran and Tom Westbrook