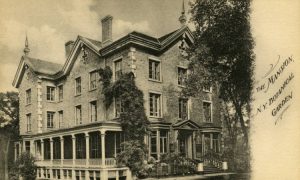 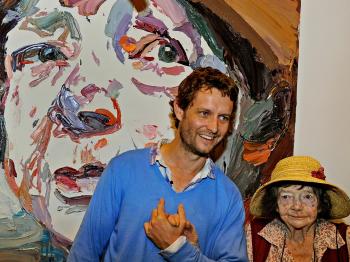 Artist Ben Quilty (C), stands with legendary Australian painter Margaret Olley (R), the subject of Ben's winning portrait entry (at back) in the prestigious Archibald Prize at the Art Gallery of New South Wales, on April 15. (Greg Wood/AFP/Getty Images)
US

Are artists after fame or fortune when they enter the annual Archibald Prize for portraiture?

As one of Australia's oldest and best-known visual arts awards, it has drawn both praise and criticism over the years.

The prize, named after J. F. Archibald, a trustee for the Art Gallery of NSW, has several winners associated with the competition each year. A Packing Room winner, awarded by the workers behind the scenes who receive, unpack and hang all the entries; the Archibald Prize for portraiture; a Sulman prize for the best genre or subject painting; the Wynne Prize for the best landscape painting; a Trustee's Watercolour Prize and the popular People's Choice Award.

The public has been voting for its favourite portrait in the Archibald exhibition since 1988 and this year the People's Choice winner will be announced on June 16.

The 90th Archibald winner was announced on the opening of the exhibition in April, with Ben Quilty's portrait of iconic Australia artist Margaret Olley taking out the 2011 prize. He receives $50,000 but it seems his friendship and artistic journey with the 88 year prized interior and still life painter has also brought out the best in him.

Mr. Quilty, who was chosen from 800 entrants and 41 finalists, said in an ABC interview:
"I paint a lot of stuff about the darkness of being a young man in this society and she says why not paint the beauty of living in the world? And it's a very valid point. Why don't I? And it's got me thinking".

The subject of his painting said: "I call it celebrating life".

Australia's Archibald: Some Winners and Finalists Over the Years
[Scroll mouse over photo for captions]
TOP NEWS