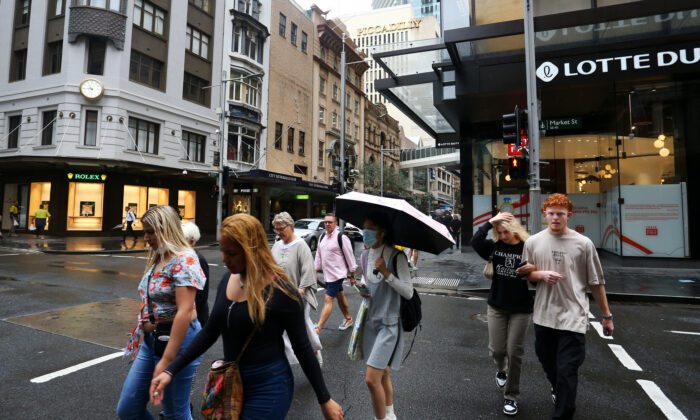 Australians are starting to find it a struggle to live with the rising costs of living as everything from food to rent continues to increase with the rising price of goods and services, causing the Reserve Bank of Australia (RBA) to revise its inflation forecast to six percent over the second half of 2022.

According to data from the Australian Bureau of Statistics, transport prices were a primary contributor to inflation in the March quarter, with the second-highest growth rate of 4.2 percent, due to the Russia-Ukraine war and increased demand resulting from easing COVID-19 restrictions. However, this figure was only below the increase in education prices of 4.5 percent.

During the same period, grocery food prices jumped by four percent. And among grocery products, fruit and vegetables and non-alcoholic beverages experienced a 5.8 percent increase in prices, the highest growth recorded, followed by meat and seafood at 4.8 percent.

Bobby Cheng, a 25-year old Sydney resident, said that rising prices were very noticeable on his take out orders from Uber Eats.

“I feel a bit worse every time I order,” he said.

Meanwhile, new dwelling prices witnessed the highest increase since September 2000, while rent prices went up by 0.6 percent across the country in the March quarter. Darwin was the capital city having the highest growth in rent prices at 3.1 percent.

Ragib Zaman, 30, said that recently he could not find any rental accommodation in Sydney’s suburb of Paddington within his budget range.

“A month or two ago, I could always find something,” he said in comments obtained by AAP.

In the meantime, petrol prices have risen for three consecutive weeks across Australia even though the federal government has already halved the fuel excise tax. The national average retail petrol prices increased to $1.79 per litre in the week ending May 8; however, motorists in many capital cities were paying well above $1.80 a litre.

Shane Oliver, the chief economist of financial services company AMP, said that several factors contributed to the rise in prices, including the change in consumers’ spending habits before and after COVID-19 lockdowns.

“You had this massive demand for goods, but the problem was that people who make goods were disrupted in their production process,” Oliver said.

“Initially, I think companies ran down their inventories, but then inventories ran out.”

Russia’s invasion of Ukraine disrupted the supplies of commodities such as oil, metals and grains, preventing companies from restocking their goods. At the same time, they were facing wages pressure and rising shipping costs.

Furthermore, the economic stimulus programs implemented by Australian state and federal governments during the pandemic also led to price increases.

However, Australia is not the only country wrestling with steeply rising costs.

The annual inflation rate of the European Union is expected to hit 7.5 percent in April, while consumer prices surged to 8.5 percent in the United States in March, reaching a 40-year high.