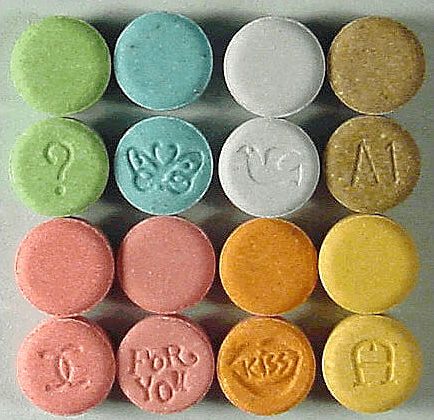 Australians have consumed an estimated 15.7 tonnes of methylamphetamine, cocaine, MDMA (ecstasy), and heroin in 2020–21, with a street value of around $10.3 billion (US$7.4 billion), the Australian Criminal Intelligence Commission (ACIC) revealed.

ACIC Chief Executive Officer Michael Phelan said this figure was up by $1.4 billion (just over $1 billion) from the previous year, primarily due to increased street prices.

The data was released as part of the ACIC National Wastewater Drug Monitoring Program report released on Tuesday.

“We saw the second lowest annual consumption of the four major drugs since our national wastewater drug monitoring program began, yet the second highest spending by Australians over the same period,” he said.

“It is clear that Australians are prepared to pay top dollar to line the pockets of organised criminals, generating significant health and other harms to our community.”

The National Wastewater Drug Monitoring Program commenced in 2016, with the aim of providing coordinated national research and intelligence on illicit drugs, as well as legal drugs that can be abused, and it provides a valuable insight into drug consumption trends across Australia, in addition to identifying new sources of threat.

“Through wastewater analysis, we gain insight into the serious and organised crime groups that supply illicit drug markets,” Phelan said.

“Regular and near-real-time wastewater reporting enables the ACIC and our partners to detect and respond to increasing drug threats in a timely way and monitor the impact of responses.”

The most recent report provides a 12-month and 5-year overview of drug consumption in Australia, which includes the years when people were subject to strict COVID-19 restrictions.

In the first four years of the Program (2016-17 to 2019-20), the national consumption of methylamphetamine, cocaine, MDMA, and heroin increased each year.

However, year five (2020-21) saw a marked reduction of 4.7 tonnes from the previous year, representing a 23 percent drop in overall drug consumption across these four substance markets.

Movement and border restrictions due to COVID-19 are thought to be key drivers of this reduction, as are law enforcement interventions and supply and demand.

While COVID-19 restrictions did not cause immediate substantial disruptions to Australia’s drug markets, wastewater data strongly suggests that the cumulative effects of the restrictions resulted in significant market interruptions.

“The restrictions put in place as a result of the COVID-19 pandemic severely constrained these markets. However, organised crime groups continued to find ways to supply illicit drug markets during the pandemic and to generate significant illicit revenue through this activity,” Phelan said.

“Our report helps address harmful drug consumption through improving knowledge about these influences so that tailored supply, demand and harm reduction efforts can be developed and implemented by decision makers on a range of drug and public health issues.”

The 2020-21 report presented data on Australia’s consumption of 12 substances, with the August 2021 collection covering around 57 percent of Australia’s population.

While methylamphetamine consumption is still dominant, its use in capital cities and regional areas decreased in August 2021 to the lowest levels seen so far in the Program.

However, its consumption in capital cities picked up again in October 2021.

Meanwhile, consumption of MDMA and cocaine also decreased in August 2021, but the latter increased again in the following months, while heroin did the opposite, increasing from April to August 2021, before decreasing in capital cities in October 2021.

The use of cannabis in capital cities and regional areas in August 2021 reached the highest level ever recorded by the Program.