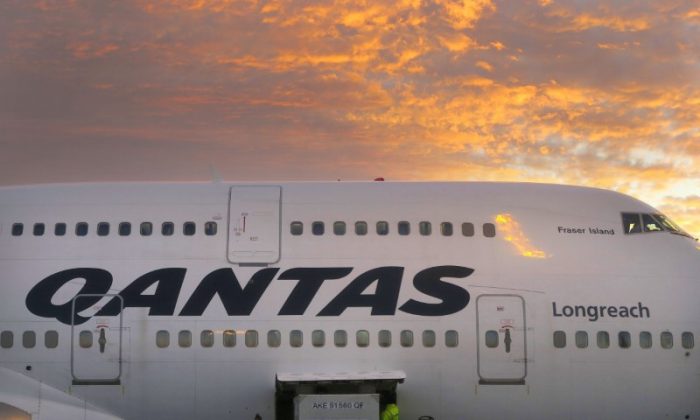 More than 200 Australians are heading home on a Qantas flight that has left the Chinese city Wuhan, the epicentre of the coronavirus outbreak.

The citizens and permanent residents were airlifted from the Hubei province capital just after 11 a.m.  local time.

The plane is due to land at the RAAF Base Learmonth near Exmouth in Western Australia’s north about 2:30 p.m. WST on Monday.

The passengers will later be taken to Christmas Island in smaller aircraft where they will be quarantined.

Earlier, Qantas CEO Alan Joyce paid tribute to the crew of four pilots and 14 cabin staff who volunteered for the mission.

“I spoke to the crew last night and through FaceTime video and they were all very keen to get this done and get the Aussies out,” he said.

The 244 passengers underwent health checks before boarding the flight and will wear surgical masks.

There will be a limited food and beverage service to minimise interaction between crew and passengers and the plane will undergo a three-day cleaning process when it returns.

The crew have masks, gloves, and sanitisers and will be placed on the upper deck of the aircraft.

“In-flight, there is water left on the seats. The crew go back to the upper deck, which is sealed.”

The plane has medical-grade filters that remove particles in the air, including viruses.

There have been 12 confirmed cases of coronavirus in Australia as the outbreak continues to wreak havoc in China and spread around the world.

Foreign travellers who have left or passed through China will be denied entry to Australia to limit the spread of the virus.

Australian citizens, permanent residents and their immediate families, dependents, legal guardians and spouses, are exempt from the restrictions.

Some 71 travellers to Australia were not allowed to board their plane in China overnight and 12 flights were cancelled on Sunday.

“Many people now coming from mainland China, who have been in China as at the first of February, are deciding not to travel,” he told reporters in Canberra.

“That’s been because of the edict issued by the border force commissioner that people shouldn’t be uploaded onto flights.”

Tourism Minister Simon Birmingham said thousands of tourists would also be affected by the virus, with the sector expected to take an A$11 billion hit, but public health must come first.