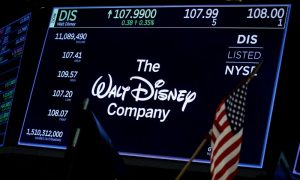 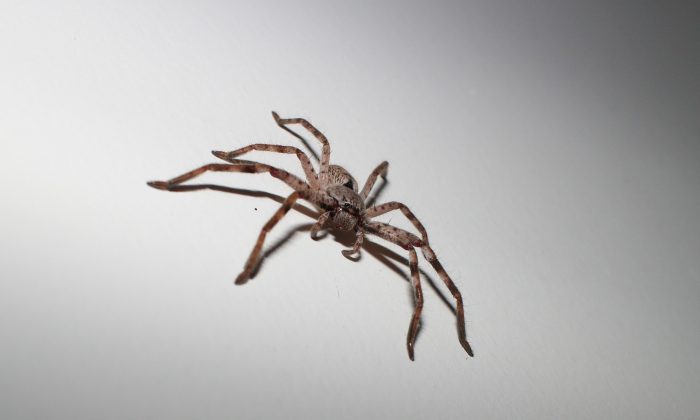 Australian Woman Discovers Giant Spider the Size of a Plate

A gigantic huntsman spider the size of a dinner saucepan or plate was spotted in an Australian woman’s living room.

Australian woman Laree Clarke discovered the large arachnid lurking on her ceiling, the Daily Mail and The Sun reported.

She later posted photos and video of it on social media and asked for help.

Clarke said, “Is there anyone that could remove this from my house?? I don’t have a container that big!”

Huntsman spiders are among the largest in the world.

Clarke added: “When I went near it with the phone light it [came] at me raising it fangs and legs.”

Some responded with the trope, “Kill it with fire.”

“Probably easier to burn your house down at this point,” one man wrote, according to the Daily Mail.

Another person suggested, likely as a joke, that she take a lighter and aerosol can to form a makeshift flamethrower to burn the arachnid.

“I encourage you not to take the Mt Isa approach which is deodorant and a lighter as you can burn the house down and make the news,” one woman wrote.

According to the Mail, she eventually got the spider removed from her home. It was released safely.

The huntsman spider is the world’s largest spider by leg span, as LiveScience noted.

“Because of their size, huntsman spiders are sometimes incorrectly identified as tarantulas. One way to tell a huntsman from a tarantula is by the position of the creature’s legs. Most spiders’ legs bend vertically under the body,” the site says, citing an entomologist, Christy Bills.

Bills added that the spiders “can often be quite large and very quick.”

The Queensland Museum adds that the spiders are “harmless but evidently are responsible for vehicle roll-overs because they get inside the windscreen and move across it while a panicked driver reacts.”

“Huntsmen often place their egg sac in the well of bathtubs; the adults recover in dry periods by rest on the backs of drying towels both on the clothes line and in the bathroom. Huntsmen moult by hanging by a thread and dropping out of their old skin which is left hanging around,” the website says.

A husband and wife from Australia had the shock of their lives when they spotted a huntsman spider attempting to devour a pygmy possum at their holiday lodge last weekend.

The couple snapped a photo of the rare sight they came across while taking a road trip to the Mount Field national park in Tasmania, Australia, some 64 km (40 miles) northwest of Hobart.

Justine Latton shared the photo taken by her husband to a Facebook group dedicated to spiders and insects in Tasmania, which has garnered just under 1,000 likes and has been shared over 6,300 times at the time of writing.

“Possum-eating spider! Taken by my husband at a Mt Field lodge,” Latton wrote in a caption to accompany the two photos.

In the photos, the Huntsman can be seen sinking its fangs into the pygmy possum as it holds it mid-air.

Huntsman Spotted Chomping Down on Mouse

It’s not the first time a huntsman spider has been spotted chomping down on a sizable meal in the country.

In 2016, a man from Queensland stumbled across a similar scene and filmed the moment a huntsman spider dragged a mouse up the side of a fridge as it got ready to devour its meal.

Jason Wormal, a tradesman from Coppabella in Queensland, said in a Facebook post, “So I am just about to leave for work about 0030 and my neighbor says ‘You want to see something cool’ and I say ‘[expletive] yeah’.”

“So we proceed to his place and he shows me this. Huntsman trying to eat a mouse.”