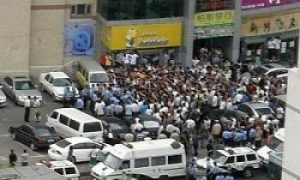 Eagles Nest Wildlife Hospital in north Queensland was recently in the news when it adopted two rare albino kookaburra chicks. The Epoch Times talked to Harry Kunz, founder of Eagles Nest, about his passion for Australian wildlife.

Harry Kunz was impressed by Australia’s unique wildlife when he moved to Australia from Europe in 1982. He had wanted to show his son animals in the wild in Austria but confessed "when I left Austria at the beginning of the 80s, we had no wildlife left there, .. they were all gone."

He formed an immediate fascination for Australia’s "beautiful environment with all this wildlife."

Harry recalled his first experience of a native Australian animal when he took an injured sulphur-crested cockatoo to a vet to get help, but the vet chose to put it down.

Thus began Harry’s crusade to help all Australian animals, not just those that are rare and endangered, but any ailing animal that crosses his path.

At first he looked after around five animals a year, starting with joeys and birds, but in 1986, his vision grew when he took on 40 baby flying foxes orphaned after a severe storm passed through a large bat colony.

Whenever he sees an animal that he thinks he can save, Harry is always inspired to help.

"I actually do it for the animals—to keep our wildlife alive so hopefully our kids or grandkids can still see some wildlife," he explained.

In the 1990s, Harry came across his first wedge-tailed eagle, injured by a bus in Port Douglas. He went on to become an expert on birds of prey, including owls and falcons, and is well-known locally for his animal whisperer’s ability to handle raptors.

By 2002, he had established Eagles Nest in Ravenshoe, south-west of Cairns. He has since been joined by wildlife carer Karin Traub, also from Europe, who spends her days and nights looking after all sorts of little Australian creatures,  particularly orphaned wallabies and gliders, whose mothers have been killed by traffic, dogs or even crucified by barbed-wire fences.

According to Harry, Eagles Nest is the only wildlife care facility north of the Sunshine Coast’s Australia Zoo with all the necessary permits to care for native Australian animals.

While Harry has received various grants, including funds to buy a Wildlife Ambulance, Eagles Nest is basically funded by members, donations, raffles, and sponsorship.

The two albino blue-winged kookaburras have been adopted by a Victorian couple, who will pay for their upkeep. Harry is planning a competition to name the unique birds and raise support for the hospital’s work.

Volunteers play an important role in keeping the hospital going. Each year up to 80 backpackers arrive from all over the world, keen to care for Australia’s unique wildlife and, for many, to experience the animals they had failed to see after months of backpacking.

At any given time up to 200 animals are recuperating at Eagles Nest, but Harry said there might be more if they were not forced to euthanise the 100 or so each year that arrive mainly after dog attacks "so badly injured that there’s no chance we can save them."

Others reach full recovery and are thankfully returned to the wild.

"This year we got in about 1,150 animals until November and 860 of them were released," Harry said, explaining that some are "not releasable" due to poor healing of injured limbs and wings.

Striving Forward in the Face of Challenges

Over the years, Harry has dealt with controversial issues surrounding Australian wildlife.

In 2004, when his dogs Jessica and Ares were confiscated by the Queensland Government for being part dingo, Harry campaigned for seven months to save their lives.

Amazingly, his efforts changed the Queensland dingo legislation, although he was expected to pay the Department of Natural Resources weekly kennel fees of $5,000 and Jessica died from stress.

Last year, Harry faced criminal charges for breeding domestic rabbits to feed the injured eagles. According to Queensland legislation, permits can be granted to scientists and magicians, yet wildlife carers are ineligible.

Harry says up to 92 per cent of wild eagles’ diet comprises rabbits. During their rehabilitation at the hospital, Harry was actually training the eagles to hunt rabbits. Now, he has to spend $25,000 per year to feed the eagles frozen rats.

Harry says "it's really a miracle" that the hospital gets by each month with all the bills for vet fees and medications, animal food and fuel for the Wildlife Ambulance.

Eagles Nest just suffered a new blow when several newly-released wallabies were taken by local dogs not restrained by their owners. According to the council, new legislation is forthcoming to enforce owners to control their pets, but Harry says nothing has happened yet.

Despite the challenges, the positive work continues. Harry and friends recently completed northern Australia’s largest free-flight enclosure for convalescing raptors. And now, they are on a mission to build an education centre with guided tours for students and other visitors to learn the value of Australian native wildlife. It will feature a solar power setup to cut running costs and allow more funds to be devoted to animal care.