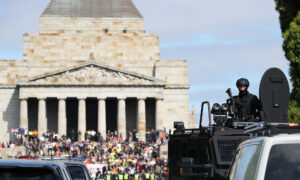 The Manus Island refugee detention center in Papau New Guinea, where refugees are processed for Australia, is the site of some grotesque happenings and isn’t fit to serve even as a dog kennel, according to a whistleblower.

Rod St George, former head of occupational health and safety at the center, told Australia’s Dateline program that rapes and abuse happen consistently at the center, which has deplorable conditions.

““I’ve never seen human beings so destitute, so helpless and so hopeless before,” said George, adding that staff have full knowledge of the situation. Attempted suicides are happening on an “almost daily” occurrence now, he said. For instance, six men were sexually abused in one section of the camp, but because of the situation there were left in the same area as their attackers.

“I’ve worked with some of the worst criminals Australia has and even they’ve got a clearer sense of decency than what I witnessed there,” he said. Some people were driven to sewing their lips together by others’ intimidation, he said.

George’s observations come after a doctor at the immigration processing center, Dr. John Vallentine, said the facility is “too remote” and lacks much equipment to deal with children, the area he worked in for two months there. “The whole time I was there it was just a disaster, medically,” Vallentine told the Australian Broadcasting Corporation in April.

The Immigration Department responded to the allegations in a statement, saying that it is “”unaware of the claims in the SBS report of unreported acts of self-harm, suicide attempts or incidents of rape at the centre.”

There have been 23 incidents of self-harm by 21 individuals since the centre opened in November, the department said, but no reported allegations of rape. Immigration Minister Tony Burke planned to speak to George about his allegations, reported the corporation.

New Prime Minister Kevin Rudd recently announced that all refugees that arrive by boat on Australia will be resettled in Papau New Guinea, a country on an island to the north of Australia. There are plans to expand the Manus center as well as two other Australian-run refugee processing centers on Papau New Guinea.