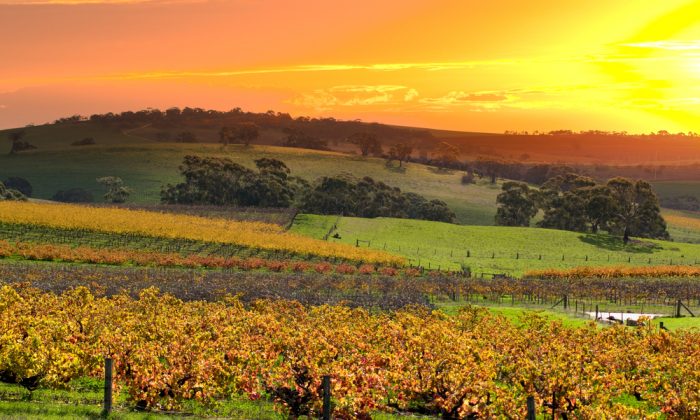 Researchers from the University of Adelaide, Australia, have found a way to prevent smoke taint from fires ruining grape crops.

Professor Kerry Wilkinson from the School of Agriculture, Food and Wine at the university, said that their team investigated the use of activated carbon (AC) fabric bags to prevent grapes from absorbing smoke.

These prevented at least 95 percent of the aromatic compounds responsible for smoky, ashy flavours from getting into grapes when they were exposed to smoke.

This comes after devastating bushfires in recent years in Australia led to ruined or smoke-affected fruit that was unusable for making wine with the 2020 Black Summer bushfires causing the loss of an estimated four percent of Australian wine grapes due to smoke taint.

“Smoke taint occurs because volatile compounds present in smoke are absorbed by grapes when smoke from bushfires drifts into vineyards and lingers for prolonged periods of time,” Wilkinson said.

“It can greatly alter the composition and sensory properties of wine, leading to unpleasant smoky, medicinal and burnt rubber aromas and flavours—and a drying, ashy aftertaste.”

The study, published on Feb. 27, involved applying smoke to bunches of Mataro grapes, some of which had been enclosed in bags made from various AC fabrics such as felt, light cloth, and heavy cloth.

While the finding is promising, Professor Wilkinson said that there were some significant drawbacks to this method, one being that the labour cost of applying the bags to grape bunches on a commercial scale is not feasible.

In addition, the AC fabrics studied were easily torn and therefore needed to be handled carefully.

“But these results demonstrate proof-of-concept, and we now hope to develop a more functional, cost-effective application for use in commercial vineyards,” she said.

One potential option would be a more durable type of AC netting applied to the grapevine fruit zone, which would be far more cost-effective than applying bags.

However, Wilkinson said this may impact photosynthesis and fruit composition, as well as increase the likelihood of disease due to diminished air flow, and further research is needed in this area.

“Nevertheless, the use of AC fabric offers the most promising vineyard-based strategy so far for overcoming the issue of smoke taint,” she said.

Meanwhile, Barossa Australia Viticultural Development Manager Nicki Robins told the Epoch Times that Barossa vineyards haven’t done any bagging of grapes yet, as doing so on a large scale would, as Professor Wilkinson mentioned, be cost-prohibitive for wine grape growers who already face very high costs of production.

However, they are attempting to mitigate the smoke taint in wine grapes by negotiating through their state body (WGCSA) with Grain Producers SA (GPSA) and the Country Fire Service (CFS) SA to recommend grain stubble burn-offs are completed by 4 p.m.

“This has been agreed on as an amendment in the CFS SA Burning Code of Conduct and should come into practice this year,” Robins said.

Completing burn-offs before 4 p.m is important due to what’s called an “inversion”—a stable air mass in which the cooler air is near the earth’s surface, while the warmer air is on top. As warm air rises, air under the inversion cannot escape because it is cooler, meaning that smoke and pollution can get trapped near the earth’s surface. This temperature inversion is more likely to occur between 4 p.m. and sunrise.

“An inversion increases the potential for smoke to settle on grapes,” Robins said.