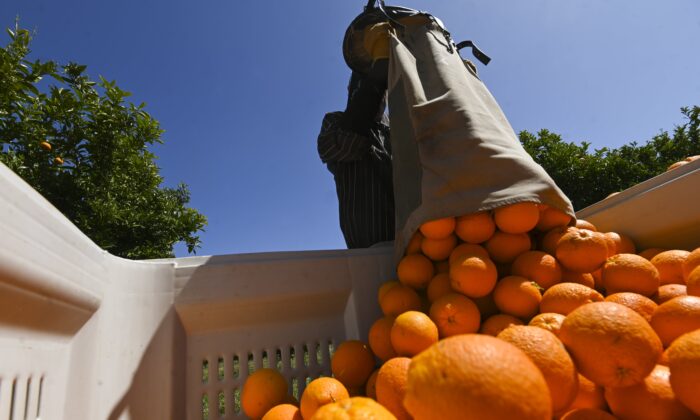 The Australian Fair Work Commission has ruled in favour of a guaranteed minimum wage for casual fruit and vegetable pickers on piece-rate arrangements.

Farmers will now be forced to pay an hourly minimum casual wage of $25.41 (US$18.94), even under piece-rates, which is where workers are paid for the volume picked.

The Australian Workers’ Union (AWU) began the push for minimum wage in July, arguing that piece-rates made it easy for vulnerable workers to be cheated and exploited.

But the commission rejected the industry’s argument that putting a floor on piece-rates would disincentivise more productive workers.

“The existing pieceworker provisions in the Horticulture Award are not fit for purpose; they do not provide a fair and relevant minimum safety net as required,” the commission said in its decision (pdf).

“We are satisfied that the insertion of a minimum wage floor with consequential time recording provisions in the piecework clause is necessary to ensure that the Horticulture Award achieves the modern awards objective.”

AWU secretary Daniel Walton wrote in a post on Twitter that the decision was a “huge victory” to ensure that all farm workers picking fruit and vegetables received a “fair day’s pay for a fair day’s work.”

“I believe this decision ranks among the great victories of our union’s 135-year history,” Walton told the ABC. “Fruit pickers in Australia have been routinely and systemically exploited and underpaid.”

However, the National Farmers Federation (NFF) called it a “bitter blow” to farmers who are now facing another harvest with a severely inadequate workforce.

“The increase in wage costs, most farms’ largest input, threatens to make the most productive workers unaffordable. The loss of these workers will put a handbrake on agriculture’s growth, at a time when our country can least afford it,” NFF CEO Tony Mahar said.

Mahar said the commission’s decision came at a time when the industry was facing an unprecedented labour shortage and still suffering from the fallout of COVID-19.

“The decision is out of step with what’s in our nation’s interest and is a disproportionate response to the issue at hand,” he said. “The NFF will now consider our next steps.”

Agriculture Minister David Littleproud said he would work through the ruling and warned of higher prices.

“Farmers have to be paid for their produce, and the cost of producing that produce should be reflected at the checkout,” Littleproud told the ABC. “You could surmise that at some point, not having read through the final determination in full, this may have some upward pressure on prices at the supermarket.”