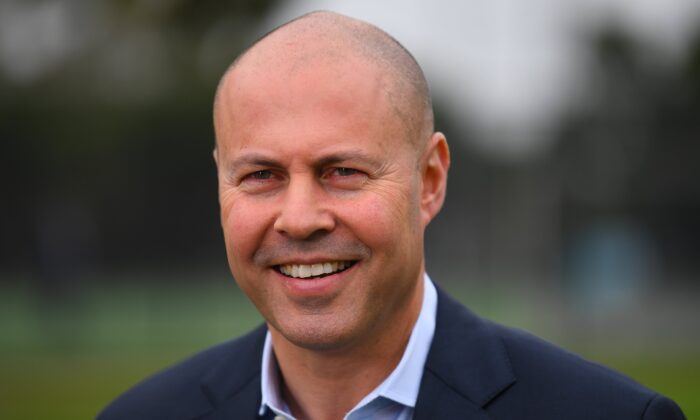 Federal member for Kooyong Josh Frydenberg addresses the media following a press conference at the Hawthorn Velodrome Patterson Reserve in Melbourne, Australia on May 22, 2022.
Australia

The electorate fell after a concerted, grassroots effort from the Climate 200 group, which also targeted other affluent, inner-city seats across the country held by the government.

“Today I rang Dr. Monique Ryan to congratulate her on the election result in Kooyong and wished her well for the term ahead,” Frydenberg said in a statement. “It’s been an incredible privilege to have served as the local member for the last 12 years.”

“Inspired by the wonderful local people I have met, among them those who volunteer in our charities and sporting clubs and work in our small businesses and schools.

“We have achieved so much together. It is their contribution that makes our community great.”

Frydenberg was the face of the Australian government’s battle with Google and Facebook over a media payment law that compelled the U.S. tech giants to pay media outlets for distributing their content.

The treasurer has also blocked several bids by Chinese firms to buy Australian companies including two rare earth mining firms, construction giant ProBuild, and a $600 million (US$430 million) bid for Lion Dairy and Drinks—one of the largest dairy companies in the country.

Frydenberg also encouraged Australian businesses to diversify trade away from China after the Chinese regime launched an ongoing trade war against local exporters in response to calls from the foreign minister for an investigation into the origins of COVID-19—one of the first world leaders to do so.

Meanwhile, Ryan swept into power on the back of a well-heeled campaign targeting Coalition seats in Australia’s major capital cities.

The government has lost six seats to the Climate 200-backed teals, with three in Sydney, two in Melbourne, and one in Perth—the teal namesake reflects the combination of the traditional blue-colours of the Coalition with Green ideology.

Many voters in predominantly affluent areas also wanted more action on climate change, integrity in politics (via the establishment of a federal anti-corruption body), and gender equality policies, which the teal candidates were said to represent.