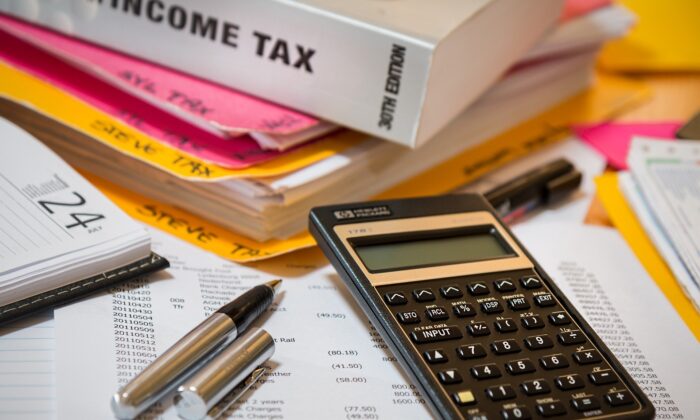 A photo shows a working desk of an accountant. (Pixabay)
Australia

The Australian Taxation Office (ATO) has revealed a list of industries most likely to engage in the “shadow economy” as it received 43,000 tip-offs in the 2021-2022 financial year.

Building and construction, hairdressing and beauty services, cafés and restaurants, road freight transport, and management advice and related consulting services were the top industries where most of the tip-offs to the ATO originated.

Among the Australian states and territories, New South Wales had the highest number of tip-offs at over 13,400, followed by Victoria at 11,500 and Queensland at 9,200.

The shadow economy, previously known as the black economy, refers to dishonest and illegal activities that occur outside the tax and regulatory systems.

Businesses and employees may engage in the above practice to avoid paying the right amount of tax. Common examples include demanding cash from customers, paying workers “cash in hand,” and not recording all sales.

According to the ATO, the shadow economy sees Australia lose $11 billion (US$7.6 billion) in taxes every year.

While he acknowledged that it had been challenging for some businesses in the last couple of years, Holt said it was inappropriate to gain an unfair advantage by not playing by the rules.

“As businesses recover from the impacts of COVID and natural disasters, it is more important than ever to protect the vast majority of businesses who are honest and try to do the right thing,” Holt said.

“Every dollar of tax dodged is a dollar that can’t be used for vital services like health and aged care.

“We’ve all witnessed over the past couple of years how much the community relies on these critical services.”

Employees Are Not Spared From Scrutiny

Apart from local businesses, the assistant commissioner warned that the ATO would keep an eye on employees as the tax authority was aware that many workers were demanding cash.

He also welcomed tip-offs from the community, saying that over 90 percent of the 43,000 tip-offs were suitable for further investigation or intelligence purposes.

“We get tip-offs from other businesses, customers, members of the public, even employees,” Holt said. “The surge in tip-offs tells us the community is not willing to let this behaviour slide anymore.”

At the same time, Holt noted that the increase in the popularity of digital payments in Australia did not curb the shadow economy, and he encouraged tax professionals to pay attention to potential shadow economy behaviour.

“The ATO will take firm action against business owners who deliberately avoid paying their fair share of tax,” he said.

“If these businesses think they can continue to hide in the shadows and not pay their fair share of tax, they are mistaken.”