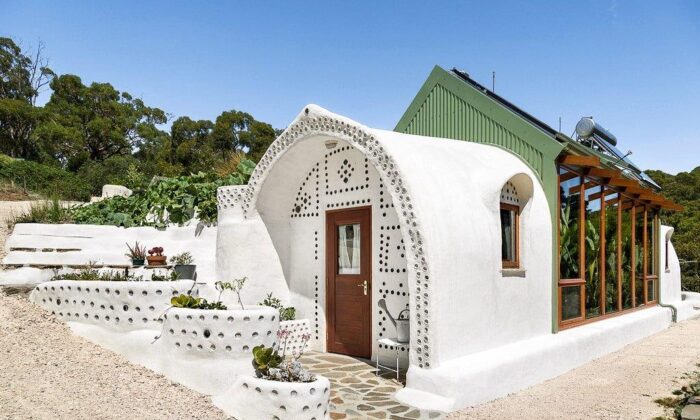 Fewer old tyres may end up in landfill after a team from the University of South Australia (UniSA) tested and verified the structural integrity of earth-packed-tyre walls, opening up new opportunities for the reuse of end-of-life tyres in the construction industry.

Although such walls have been used in niche construction projects for many years, robust data supporting their integrity was lacking, limiting their wider use by architects and engineers, researchers from UniSA said media release on Monday.

In Australia alone, around 55 million end-of-life tyres are generated each year, only 16 percent of which are domestically recycled, meaning the rest end up in landfill, are stockpiled, or are illegally dumped.

The UniSA team, supported by Tyre Stewardship Australia, rigorously assessed the structural integrity of a test tyre wall, examining how it held up under a range of stressors.

“The wall we tested was the first of its kind to be scientifically tested in this fashion, and all the data indicates tyre walls can be extremely strong and safe structures,” he said.

“While that structural integrity has been observed for many years in applications such as the retaining walls in earth-sheltered, Earthship homes, the lack of supporting data has prevented wider uptake of tyre walls by engineers and architects, and we’re hoping this study will change that and expand the range of projects in which these walls are used.”

According to Freney, tyre walls boast certain unique characteristics, which may offer benefits over some traditional materials, especially for retaining wall applications.

“Not only are the tyre walls as structurally sound as concrete or wood sleeper retaining walls, they are also extremely resilient,” he said.

“Unlike a concrete wall, we found these walls have the ability to ‘bounce back into shape’ following impact, such as from an earthquake.”

Freney also noted that when drainage materials such as recycled concrete rubble or crushed bricks are used to fill the tyres, the walls provide excellent drainage, and use of those recycled fill materials also lessens the environmental impact of the wall.

Despite the research only testing one real-world wall, UniSA PhD candidate Yachong Xu has developed software models capable of applying the study data to other designs, making the findings applicable to a range of scenarios.

Freney is confident that the research provides a strong evidence base for the wider architectural use of tyre walls, “and the next step will be to engage with an industry partner to develop a range of real-world applications for tyre walls,” he said.