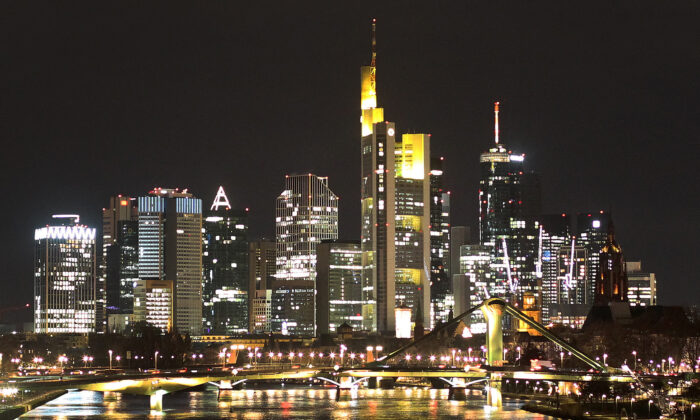 The Australian states of Western Australia (WA) and New South Wales (NSW) are seeking to boost investment and trade with foreign nations by establishing new trade offices and envoys abroad, while South Australia’s London office will remain the state’s gateway into Europe after the former government’s plan to set up a new office in France was scrapped.

Deputy Premier Roger Cook made the announcement on Friday while visiting Frankfurt as part of an Invest and Trade WA mission to Germany, the aim of which is to showcase WA’s industry capabilities and promote trade and investment opportunities.

With offices already in London, Singapore, Jakarta, Shanghai, Mumbai, Dubai, Tokyo, and Seoul, the Frankfurt office will be the first of WA’s international offices in mainland Europe.

Cook said on Friday that being a financial and technological hub, Frankfurt is a gateway to exciting investment and trade opportunities for WA companies.

“The Western Australian Government is committed to growing the strong relationship between our state and Germany, which is underpinned by common values, strong people-to-people connections, and substantial trade and investment links,” he said.

Germany is WA’s 13th largest trading partner, with $3.1 billion (US$2.15 billion) worth of goods traded in 2021, accounting for 17 percent of Australia’s total trade in goods with Germany.

Growing opportunities for WA in the German market include in clean energy—especially renewable hydrogen—critical minerals, and batteries, while Frankfurt is also expected to be a prime location to secure opportunities in sectors such as creative industries, telecommunications; information technology, biotechnology, and life sciences.

This comes after Western Australia was ranked the top jurisdiction in the world for mining investment based on investment attractiveness, according to the Fraser Institute’s 2021 Annual Survey of Mining Companies.

The state’s low percentage of negative responses from mining executives, relatively good policy performance, and geological attractiveness are the main reasons given for why WA performed so well on the overall Investment Attractiveness Index.

On June 17, investment and trade minister Stuart Ayres revealed that former deputy premier and trade and industry minister John Barilaro had been appointed as the trade commissioner to the Americas, while former national CEO of the Australia China Business Council, Helen Sawczak, will take the role of the commissioner to China.

The appointments are the last of six commissioners chosen to represent NSW abroad and were said to have followed a rigorous global talent search by recruitment firm NGS Global.

However, the NSW government has received backlash for choosing Barilaro as the U.S. envoy, with opposition leader Chris Minns questioning whether Barilaro, who he called a close friend of the premier, is really the best person to represent NSW out of a population of eight million.

“Jobs for the boys, that’s all it is,” he said on social media.

Labor shadow minister for planning, and member of the Legislative Council, Penny Sharpe, said on Wednesday that there was previously a shortlist of candidates, but they were held over and the job was readvertised.

“And now six months after leaving parliament, John Barilaro has been appointed,” she said.

“This is not a reasonable appointment and the taxpayers of NSW have got serious questions that they want to ask, and we will ask through the establishment of an inquiry into this appointment.”

Barilaro’s appointment as trade commissioner to the Americas has since been put on hold pending the outcome of the inquiry.

Meanwhile, Premier Dominic Perrottet said on Thursday that he had directed the secretary of the Department of Premier and Cabinet to conduct a review into Barilaro’s posting.

“He will provide that report to me. I will review it, and I will make it public,” he said.

The SA Minister for Trade and Investment, Nick Champion, said on Thursday that given the former Marshall government had not yet hired staff, signed leases, or progressed the opening of the France office, the $500,000 allocated would be better spent domestically.

“While Brexit may have changed the UK’s status as a European nation, it didn’t change its geographic location,” he said.

“We already have a fully established presence in Europe through our UK-based trade office.”

SA’s London-based trade office will carry out all the state’s European operations and work across multiple regions in the same way as its counterparts operating out of Dubai, Houston, New York, and Singapore.

Champion said that with South Australia’s strong international reputation for creating and manufacturing world-class products across multiple sectors, such as frontier technologies, energy, space, biotech, and wine, and given the former federal government’s impact on the Australia-France relationship after pulling out of an estimated $66 billion nuclear submarine deal with France, the UK office provides South Australia with an effective touch point in a key market.

“South Australia has a great story to tell with fantastic products and produce to export—and, as we rebound from the impact of the pandemic, we will be doing all we can to share that story with the world,” Champion said.