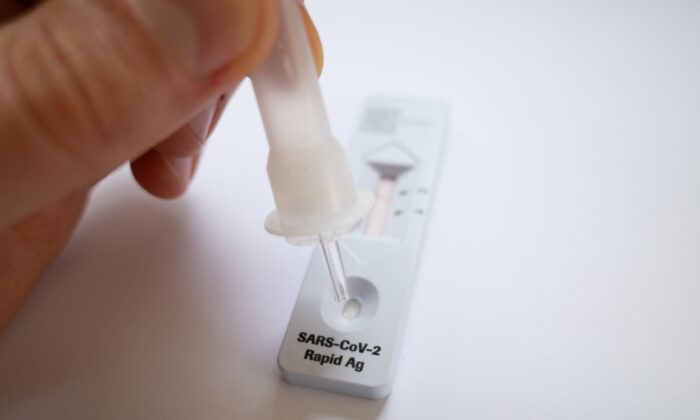 Every student and teacher in the state’s 3,150 government and non-government schools will be eligible to receive RATs before the school year begins on Feb. 1. Over 12 million RATs will be distributed to schools to support four weeks of testing.

Primary and high school students, school staff and early childhood staff will be required to test twice a week for the first four weeks.

All staff and high school students will be required to wear masks, while children in primary schools are encouraged to wear them.

Interaction between year groups will be minimised and visitors to schools will also be limited, including parents.

The government previously invested in improving air quality in classrooms and air purifiers will be dispatched to classrooms that require it.

NSW Premier Dominic Perrottet said safely returning to the classroom was vital for children and their education.

“Students learn best at school, some students have spent a quarter of their schooling at home. We’re committed to bringing students back safely,” he said.

“We’ve really shifted from that approach,” she told Seven network. “But as a parent, you will know you’ll be notified if there’s a positive case in your child’s year group will ask you to monitor for symptoms and ask you to use those rapid antigen tests just to check that your child continues to test negative.”

Mitchell said the government was limiting visitors to schools for the first four weeks to minimise any disruptions to the community.

Professor Robert Booy, an infectious disease paediatrician, said air purifiers were important in keeping the air clean but added that there was yet to be conclusive evidence on how effective they would be in preventing people in a classroom from getting sick with COVID-19.

“A lot of people can just open the window and make a big difference,” Booy told Seven network. “So that’s what they did in the United Kingdom.”

He reassured parents of four- and five-year-old children that less than 1 percent of this age group end up in the hospital, and those who do stay just two or three days “because they’ve got a cold.”

The NSW government closely worked with the Victorian government to align their plans as closely as possible to each other.