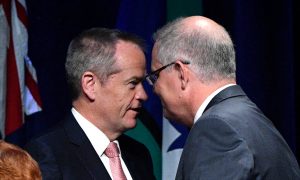 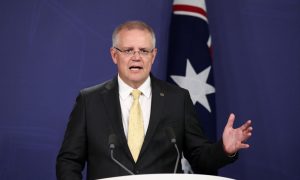 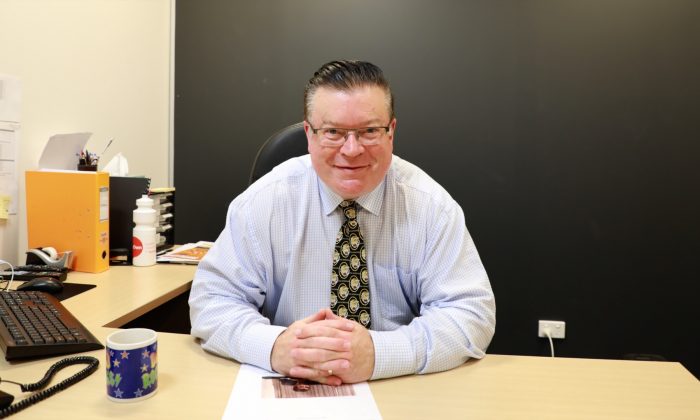 Bernie Finn, Victorian MP and Liberal Party member, in his office in Melbourne, Australia on 8 July 2019. (The Epoch Times)
Australia

MELBOURNE, Australia—Recently, Victorian Liberal MP Bernie Finn raised concerns in Parliament about the Hong Kong government’s extradition bill that could see citizens of any nationality handed over to the mainland to face trial in China’s opaque legal system.

The bill has been widely protested by millions of Hong Kong people who perceive it as a tool used by the Chinese regime to gradually erode their democratic freedoms.

“My support is clearly with those who are standing up for freedom,” Finn told The Epoch Times. “If the people of Hong Kong allow that freedom to be eaten away, if they allow their rights to be handed over to Beijing, then Hong Kong as we know it will be no more.

Finn called on the Victorian government “to make it very, very clear that we support and stand with the freedom fighters of Hong Kong.

Finn emphasized the need for greater awareness of the unstable situation in Hong Kong, “particularly given how close it is to Australia.”

“What is happening to Falun Gong people shows us how barbaric the Chinese government is,” he said. “If they will do that to Falun Gong practitioners, who are very peaceful, calm, kind people, what will they do to the protestors in Hong Kong, who they might see as more aggressive?”

In a speech before the Victorian Parliament on Feb. 21, Finn called for the implementation of recommendations from a report by the Human Rights Sub-Committee for the inquiry into Human Organ Trafficking and Organ Transplant Tourism. The report acknowledged experts’ concerns that organs used in transplants in China were allegedly sourced from political prisoners, prisoners of conscience, and executed prisoners.

New findings have since emerged as the Independent Tribunal Into Forced Organ Harvesting of Prisoners of Conscience in China (the China Tribunal), chaired by Sir Geoffrey Nice QC, delivered a final judgment on June 17 that found it was “beyond doubt” that state-sanctioned forced organ harvesting for profit has been taking place in China for years “on a significant scale,” and on an ongoing basis.

The expert panel found that most of the victims are people who practice Falun Gong, a spiritual discipline based on moral principles of of truthfulness, compassion, and tolerance, with a set of meditation exercises.

In 1999, the Chinese Communist Party launched a state-wide suppression of Falun Gong, and those who subscribe to this belief have been persecuted in China through to the present day.

The China Tribunal described its findings as “indicative” of genocide, and called for international intervention.

Finn told The Epoch Times that he has hopes the federal government will take some form of action, “particularly now that we have the report that proves what’s been said all along is true.”

“Every time it’s been raised to this point, the Chinese government has said: ‘No, we have not been doing that.’ This report proved that they basically are a pack of lies. That is something that we probably knew anyway, but this is the proof.”

Finn believes that China’s communist regime “craves”  international approval more than anything else, and that the global community will not grant such approval “unless they stop their barbaric practices.”

Noting the United States’s Magnitsky Act that serves to deny visas and the freeze assets of human rights’ violators, Finn said, “If the Trump administration is taking the lead there, that’s certainly something that the Morrison government should take on as well … if we are champions of freedom, as we say we are, and I believe we are.

“Human rights can be swept under the carpet very easily … it is not something we should do, and it’s great to see America leading the way on this. I would hope we would follow suit very quickly.”

Finn told The Epoch Times that there are practical steps Australia can take to address concerns of forced organ harvesting in China, including in his home state of Victoria.

“Firstly, we make it clear that we condemn this practice,” he said. “Secondly, we do everything possible to ensure that Victorians are not involved in it [the procurement of organs from unknown sources in China]. That would involve some form of legislation… I’m happy to raise that again now that we have the proof.”

Finn emphasised that while China-Australia trade relations are important, “The fact of the matter is, we’re not taking China on. We’re taking the communist government on.

“We have a responsibility to stand up and let the Chinese government know … we condemn what they are doing, and we call on them to respect the rights of their people and stop this dreadful slaughter that is occurring in China.”

Finn added, “I have to say, I think the freedom fighters of Hong Kong—they are brave people. If I was running Time magazine, they would be the men and women of the year because they have stood up against a monster in the Chinese government. I say good on them. And God bless them.”