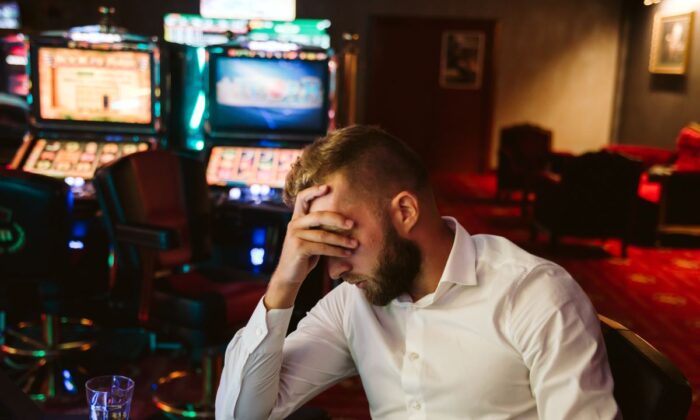 The Tasmanian government is introducing a pre-commitment card-based system to to protect people from spending more than they can afford on poker machines.(Zoran/Adobe Stock)
Australia

In a nation first, the Tasmanian centre-right Liberal government is strengthening measures to reduce problem gambling through the introduction of a pre-commitment card, which limits the amount people can spend on poker machines per day, per month, and per year.

Deputy Premier and Treasurer Michael Ferguson made the announcement on Thursday in response to the Tasmanian Liquor and Gaming Commission’s report into harm minimisation technologies for electronic gaming machines in Tasmanian hotels, clubs, and casinos.

“We support the Commission’s recommendation to implement a statewide player card gaming system with pre-commitment and cashless gaming,” he said.

“The government also supports the Commission’s view that facial recognition technology is not an effective tool for wider prevention of harm in gaming venues.”

The default pre-commitment card will apply state-wide and provide protection for those most at risk of gambling harm but is not expected to impact recreational gamblers.

Players will be able to register for cards at any venue, with default limits set at $100 (US$66.90) a day, $500 a month, and $5,000 a year. While these limits can be lowered at any time, they can only be increased within certain parameters.

“The impacts from gambling harm are felt across our communities, beyond the immediate impact on an individual and their family. This system will protect people from losing more than they can afford,” Ferguson said.

The Tasmanian government will work with the new monitoring operator to provide venues with card-based technology as a fee-based service, and the system is expected to be up and running by December 2024.

To assist the transition over the next two years, the government has announced $268,000 in funding for the Tasmanian Hospitality Association to provide industry training and support.

The Greens have welcomed the decision to introduce mandatory pre-commitment cards for poker machines.

Tasmanian Greens leader Cassy O’Connor said in a release on Friday that “pokies” cause profound harm to both individuals and society, destroying lives and livelihoods.

“While the Greens stand by our policy to remove pokies from pubs and clubs, mandatory pre-commitments and caps on expenditure are the next best thing,” she said.

“These are genuine harm minimisation measures, similar to what was proposed by the Greens during debate on pokies legislation late last year and in our recent submission to the Liquor and Gaming Commission’s consultation and harm minimisation.

O’Connor commended the Liberals for standing up to industry on the issue and hopes they won’t buckle under pressure from stakeholders “who have profited from human misery for so long in Tasmania”.