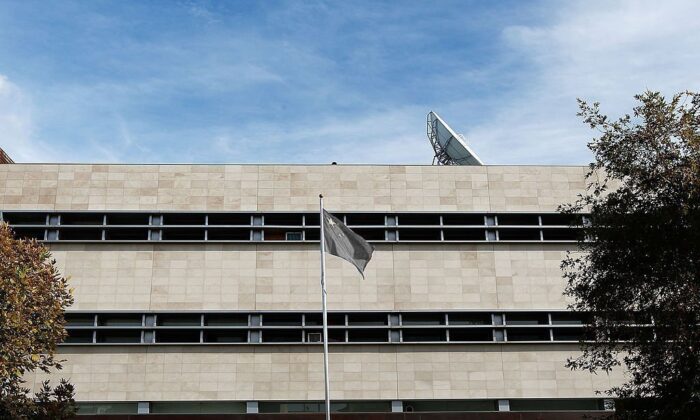 The Chinese consulate in Perth, Australia on March 24, 2014. (Will Russell/Getty Images)
Australia

In an open letter signed by groups persecuted in China—including Falun Gong practitioners, Uyghurs, Tibetans, and pro-democracy Hong Kong activists—they expressed their deepest concern over WA Premier Mark McGowan and his cabinet minister decision to attend the 72nd anniversary event for the CCP.

“We, as pro-democracy groups and individuals, must remind you of the brutal history of this Chinese communist regime, the suffering of people under its control, and the anti-humanitarian atrocity it has committed,’ the open letter said.

“As groups and individuals speaking for human rights of Australians from East Turkistan, Tibet, Hong Kong and China who suffer under Chinese government control, we suggest that it was not a proper occasion for celebration at all.”

WA Premier Mark McGowan attended two of the anniversary events held in Perth in the past month, including one on Oct. 5 held at Perth’s Chinese consulate and another on Sep. 30 in King’s Park.

The advocacy group’s letter outlined the CCP’s extensive history of persecution which had resulted in the deaths of tens of millions of Chinese citizens.

“The 72-year history of the Chinese communist regime is 72 years of massacre, genocide, and brutality, which is worth no celebration at all to people under its control,” the open letter stated.

In particular, it pointed to a history of oppression and death after the CCP took power on Oct 1, 1949, such as the invasion of Tibet, the great famine, the cultural revolution, and the Tiananmen Square massacre.

It also outlined humans rights abuses currently carried out by the CCP, including the forced organ harvesting of Falun Gong practitioners, imprisonment of Uyghurs, and suppression of pro-democracy Hong Kong activists.

“We hope you can see that: when dealing with China, it not only means opportunity and profits. Doing it improperly can also mean risks to national security and failure of our government’s basic responsibility to stand up against human rights abuses.”

McGowan had previously been criticised after electing two CCP-linked members to a government-funded multicultural advisory council.

WA Premier Mark McGowan has also personally met with CCP officials or delivered speeches at CCP organised events on at least 34 occasions since the start of 2016, with at least four visits to China between 2017 and 2019.

However, the state government doubled down on defending McGowan’s actions, with the WA government attaching great importance to maintaining its relations and doing business with China.

The spokesman highlighted the state’s and the nation’s economy had significantly benefitted from trade with China.

“WA accounted for over 56 per cent of the total value of Australia’s goods exports over the year to August,” a WA spokesman told WA Today. “The value of WA goods exports grew by 32.8 per cent over this period to $239.7 billion—the highest on record.