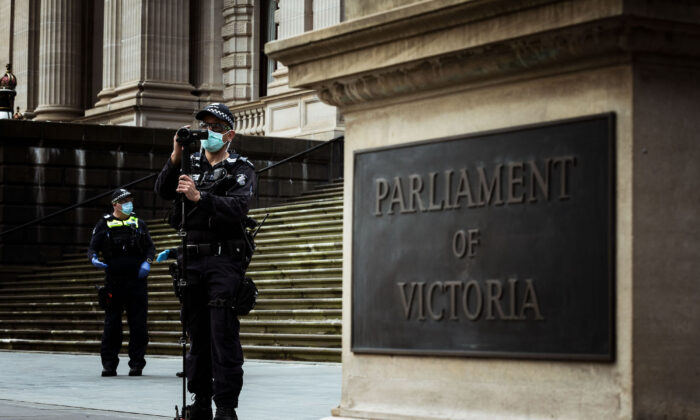 Victoria will be the first Australian state to ban public displays of Nazi symbols, including the Nazi swastika, under proposed changes that are set to expand the state’s anti-vilification laws.

The state government confirmed the move on Sept. 2 with legislation expected to be introduced into the Victorian parliament during the first half of 2022.

This follows a parliamentary inquiry in April that recommended a ban on extremist insignia and propaganda following a rise in neo-Nazi activity.

“All forms of hate are unacceptable and have no place in Victoria,” Victoria’s Attorney-General Jaclyn Symes said in a statement. “[E]xpanding our anti-vilification laws to protect more Victorians sends a clear message that this vile behaviour will not be tolerated.”

The proposed changes will not include the use of Nazi symbols for educational or historical purposes, according to a government statement.

Additionally, it was not clear whether the proposed changes would encompass other uses of the swastika by Eastern faith groups, which for thousands of years have recognised the symbol as one of divinity and spirituality, such as those in the Buddhist and Hindu traditions.

The Epoch Times sought comment from the Victorian Multicultural Commission but did not receive any at the time of publication.

Opposition police spokesman David Southwick welcomed the announcement saying that Victoria police and local communities have for years been “powerless” in stopping the Nazi swastika from “being used as a tool to spread hate.”

“More recently we have seen a rise extremist nationalist and racist individuals and groups and this ban will go a long way to take away the symbol that they hide behind,” Southwick added.

In August, Australia’s spy chief Mike Burgess said half of Australia’s domestic terrorism caseload came from far-right groups that promote acts of violence. For instance, neo-Nazi group National Socialist Network was reported to have posted images on social media of members posing in front of a burning cross.

However, research fellow Morgan Begg from the Institute of Public Affairs (IPA) said the proposed changes will impede freedom of speech.

“The proposal would give vast powers to the human rights bureaucracy to regulate and censor the opinions of mainstream Australians,” Begg said.

Dara MacDonald, also from the IPA, told a public hearing (pdf) in March 2020 that people who hold an “abhorrent view” will still hold them regardless of whether the law stipulates it or not, and suggested the use of education to “inculcate” young people, rather than a “top down” approach whereby people are told what can and cannot be said or done.

According to a government statement, the proposed anti-vilification laws will also cover gender identity, sexual orientation, HIV status, and disability. This follows a state inquiry put forward in March that found the state’s Racial and Religious Tolerance Act legislation to be “under-utilised” and not effective in “promoting racial and religious tolerance and providing redress to victims of vilification.”

Vilification will also be easier to prove for people seeking justice through the courts, the state government said.

“Planning is underway on the best way to make these changes, with some recommendations requiring the government to change laws and others needing input from the Victorian community—such as community groups that experience vilification.”