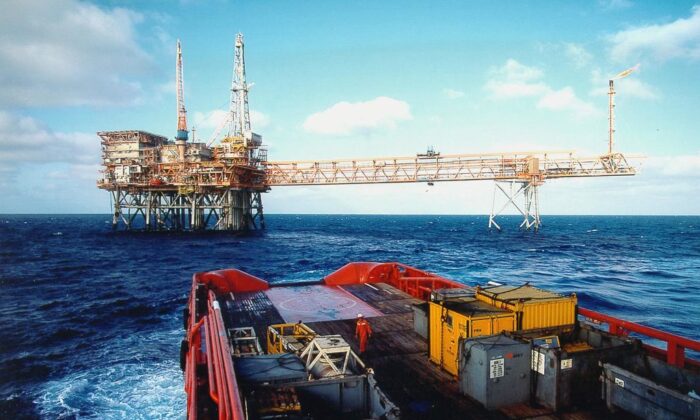 An undated handout photo shows Australian resources giant Woodside's Cossack Pioneer oil production facility in the North West Shelf gas project, which produces a third of Australia's oil and half of its natural gas, off the northwest coast of Australia. (AFP via Getty Images)
Australia

The New South Wales (NSW) government announced that it will stop support for all offshore exploration and mining around the state’s coastal waters for commercial purposes.

Any offshore exploration or mining will be limited to tackling coastal erosion through beach renourishment, the Deputy Premier and Resources Minister Paul Toole said.

“NSW has some of the world’s most spectacular coastlines which support local industries and make them a great place to live and visit, and we want that to continue for future generations,” Toole said on Feb. 23.

“While our coastline will be off-limits for commercial operators, exploration and the potential mining of sand will remain an option to address coastal erosion and restore sand to beaches, such as the work already being carried out at Newcastle’s Stockton Beach.”

The decision comes despite the federal government’s decision in June 2021 to open up 80,000 square kilometres (30,000 square miles) of coastal waters for oil and gas exploration around Victoria, Tasmania, and Western Australia.

A report in February by the consumer watchdog also warned that NSW, South Australia, Victoria, and Tasmania will see demand for gas exceed available supply until there is additional supply from new sources.

As a result, banning offshore commercial applications for resource exploration would hurt the state’s economic recovery, according to the oil and gas industry.

“Today’s announcement is really short-sighted,” APPEA Chief Executive Andrew McConville said. “If the minister wanted to send a message that investment in the state isn’t welcome, then this outcome has been achieved.”

A report found that the gas industry plays a substantive role in supporting the economy, with 1 in 46 working Australians being supported by the sector either directly or indirectly.

The Greens Party welcomed the announcement, with its spokesman for healthy oceans, Senator Peter Whish-Wilson calling the decision “momentous.”

“This win belongs to all those ocean-goers who have rallied hard on this matter for years in a bid to protect their local marine ecosystems and avoid irreversible changes to the Earth’s climate,” he said.

The Victorian Greens Party called on the state’s government to follow NSW to protect its coastline and marine life. It will also introduce a bill to state parliament to ban offshore mining.

The Victorian Labor government previously introduced a moratorium for all onshore gas exploration and development in 2012 and lasted until 2020. In 2017, it permanently banned all fracking and coal seam gas extraction.