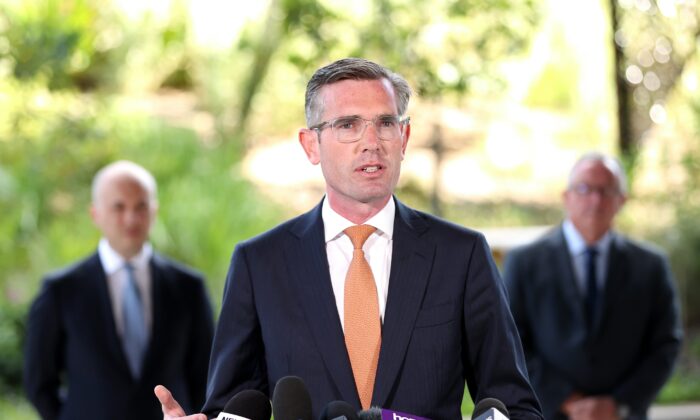 The New South Wales (NSW) government has unveiled a $1 billion (US$702 million) support package for businesses hit hard by the Omicron outbreak as the new wave continues to dent consumer confidence and the labour force.

On Sunday, NSW Premier Dominic Perrottet said the government had the back of every business and worker in the state.

“No other jurisdiction, no other state to date has provided financial support except NSW because that is the NSW way,” Perrottet told reporters.

The government has extended the Small Business Fees and Charges rebate program to $3000 ($2100), which can include 50 percent of the costs incurred to get rapid antigen tests for the workplace.

Relief for commercial landlords has also been extended until Mar. 13.

NSW Treasurer Matt Kean said the support package will help businesses “get through to the other side,” but noted he was disappointed that the Commonwealth was “stepping aside.”

“Ash Barty didn’t win the Australian Open saying I don’t need to try in the final because I had a good semi. You have to address each of the challenges that come along,” Kean told the ABC.

But Deputy Prime Minister Barnaby Joyce said his government had already laid out billions of dollars in the form of JobKeeper, JobSeeker, airline industry stimulus and other measures throughout the pandemic.

He added that the NSW package would come on top of the $63 billion economic support the federal government pumped into NSW in the past two years.

“It goes on and on and on,” Joyce told Sky News’ Sunday Agenda program.

Meanwhile, opposition treasury spokesman Daniel Mookhey said the support is too little, too late and “there is no recognition for the incredibly tough six weeks businesses have already been through.”

“Businesses need to prove they lose 40 percent of their trade-in January, and yet they won’t be compensated for that January loss,” Mookhey said.

“It’s concerning that the support available to businesses will be half that of last year, despite the impacts on many businesses being worse than last.”

Westpac welcomed the financial boost, noting that the retail, hospitality and entertainment industry had been most severely impacted “as Australians take a more cautious approach to living with the virus.”

It was echoed by Australian Industry Group chief executive Innes Willox, who voiced concerns over “the self-imposed lockdown by many in the community”.

“The dollars need to be matched by a concerted effort by governments to start putting the pandemic behind us both through words and deeds,” Willox said.