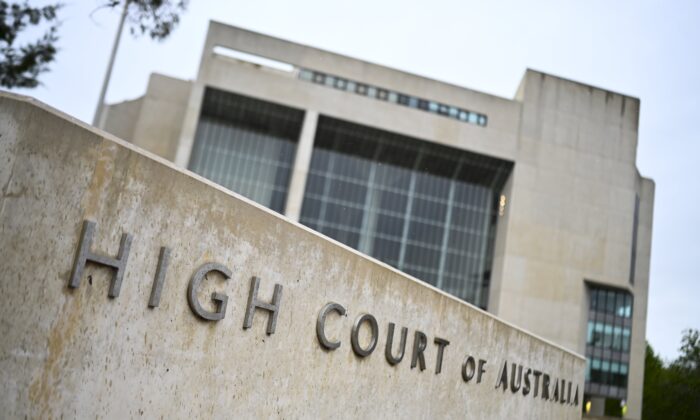 A general view of the High Court of Australia in Canberra, Australia, on Nov. 5, 2020. (AAP Image/Lukas Coch)
Australia

The Australian Capital Territory’s (ACT) Supreme Court has ruled the lawfulness of an alleged Australian spying operation in East Timor is not relevant to whistleblower Bernard Collaery’s charges.

Collaery is accused of unlawfully sharing classified information about the alleged bugging operation of the East Timor prime minister by Australian officials in 2004.

The agencies will not need to hand over documents relating to the alleged operations in East Timor after Justice David Mossop quashed the subpoenas in an ACT Supreme Court decision handed down on Monday.

The principal issue was whether the documents were relevant to the case.

The defence’s argument for the release of the documents was centred around whether any alleged actions carried out by the ASIS in East Timor fell within the intelligence agency’s statutory powers.

If the alleged operation was unlawful, then Collaery’s charges should be dropped, the defence argued.

“If the Crown failed to prove beyond reasonable doubt compliance with each of a number of specific provisions within the Intelligence Services Act, then the charge as a whole would not have been proved,” the judgment said in reference to the defence’s submission.

In his decision, Justice Mossop found the issue of whether the intelligence service acted within the parameters of its statutory obligations was not relevant to Collaery’s charges of unlawfully disclosing classified information.

Therefore, Justice Mossop concluded the subpoenas had no legitimate forensic purpose given these matters would not be in issue at the trial.

“The subpoenas do not have a legitimate forensic purpose and must be set aside,” he wrote in his decision.

“The conclusion means that the Crown does not need to establish beyond reasonable doubt compliance with each conceivably relevant provision of the Intelligence Services Act.”

“To put it slightly simplistically, even if the alleged espionage against Timor-Leste was unlawful under Australian law, for being contrary to the Intelligence Services Act, Collaery can still be convicted for allegedly disclosing the operation,” the senior lawyer wrote on Twitter.

“Rather than dragging whistleblowers through the courts, in cases shrouded in secrecy, the new government should reform whistleblowing law to make it easier for Australians to safely and lawfully speak up about wrongdoing.”