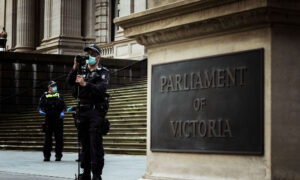 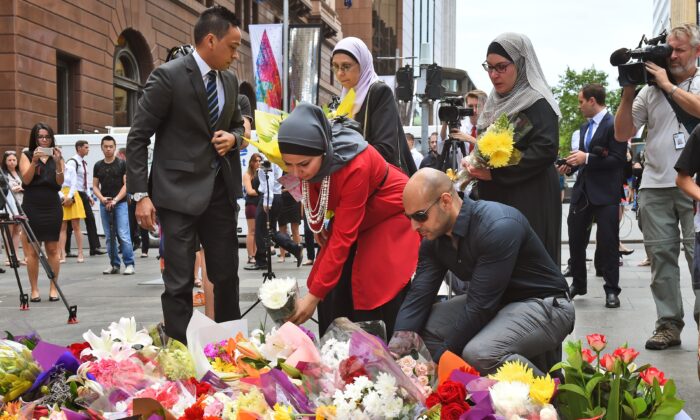 Australia’s domestic spy chief is standing by the agency’s decision to drop the sensitive term “Islamic extremism” to “religiously motivated violent extremism,” saying such activity was not limited to one religion.

Mike Burgess, the director-general of the Australian Security Intelligence Organisation (ASIO), did concede, though that Islamic extremism was the leading motivator behind recent terrorist activity.

“There’s no doubt that’s been a dominant factor in the last 20 years,” he told Sky News Australia.

“But over the history of this world, that’s not actually true. Students of history will know there’s other religions that have done vile things in the name of their religion–a small subset of the religion, of course,” he said. “So, it is not actually true.”

“Also, the reason for change is, for example, those who have this view of involuntary celibacy, the incel movement, that is not a religion, that is something completely different and doesn’t fit into the standard categories that we’ve previously used,” he added.

“We need terminology that helps us explain what we’re seeing.”

Burgess announced the change of terminology during last week’s Annual Threat Assessment in Canberra, saying the label was no longer “fit for purpose.”

He also revealed that 40 percent of ASIO’s caseload is now spent dealing with ideology-based extremism, compared to espionage.

Mark Durie, senior research fellow at the Arthur Jeffery Centre for the Study of Islam, previously told The Epoch Times that while switching the word “Islamic” for a broader term was done to avoid unfairly maligning the Muslim faith, the new category “religiously motivated violent extremism” would, in fact, malign all religions.

“This will add ‘fuel to the fire’ of the widespread but false idea that all religions are violent and tend to ‘extremism.’ It unfairly stigmatises people with faith,” Durie said.

It unfairly stigmatises people with faith
— Mark Durie, Senior research fellow at the Arthur Jeffery Centre for the Study of Islam

“The problem is not ‘extremism’ (i.e. ideas taken to the extremes), but a group’s core ideas, sincerely held. It is not extremism that is the problem, but harmful beliefs and ideological commitments,” he said.

“I believe that wherever possible, labels should be precise, not general, and specific,” he said. “A group that claims Islam as its motivation for violence should be called ‘Islamic.’ But it would be even better to call these Islamic groups ‘jihadist.’”

Meanwhile, in the United States, congresspersons are also grappling with how extremism should be defined.

“Among those listed are al-Qaeda, Hamas, and the Ku Klux Klan as groups that use or advocate violence to accomplish their objectives and are therefore rightly classified as extremists,” Berry told the committee.

“But also included are Evangelical Christianity and Catholicism, who most assuredly do not advocate violence,” he added.

“At a time of turmoil and instability, during which our nation faces many external threats, [this] message is inappropriate and offensive to our service members and those they defend.”

The manual is being used as part of U.S. Secretary of Defense Lloyd Austin’s “stand-down” of the armed forces to identify “extremists” in its ranks.