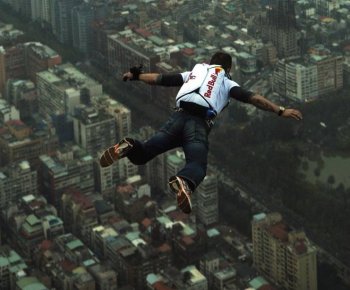 Stephanie Lam
View profile
Follow
biggersmaller
Print
Austrian skydiver Felix Baumgartner plans to break the 50-year-old altitude record for skydiving later this year by jumping from an altitude of 120,000 feet (almost 23 miles, or about 36.6 kilometers), and is expected to reach supersonic speeds, according to Space.com.

Baumgartner will be taken to the intended height by a pressurized capsule attached to a giant helium balloon. The trip will take three hours.

Without any equipment, this skydive would be extremely dangerous. The height is well above the Armstrong line, where the air pressure is low to the point that fluids will boil. The low pressure will also cause gasses dissolved in one’s blood to become air bubbles and lead to decompression sickness, which could cause paralysis or death. The temperature at such height is about minus 140 degrees Fahrenheit (minus 95 degrees Celsius).

During his jump, Baumgartner will wear a spacesuit. It will provide him with oxygen and regulate the pressure inside the suit. There will also be sensors on the suit to monitor his motion and heart rate.

Baumgartner is expected to reach supersonic speeds 35 seconds after the jump, and open his parachute about six minutes later, when he is about a mile above ground.