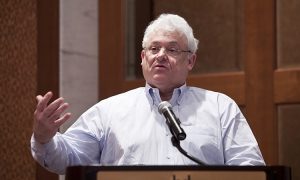 Victorian Federal Senator John Madigan is planning to introduce legislation to the Australian Parliament that addresses the “abhorrent” practice of illegal organ harvesting around the world.

The move comes off the back of the Senate’s unanimous support of a motion raised on March 21 that called on the Government to support the United Nations and Council of Europe with initiatives to oppose the practice of organ harvesting.

In recent years, there has been growing international concern about organ harvesting, a 21st century crime where prisoners, the poor and the disadvantaged are used as live organ banks for profit.

In countries such as Thailand and India, the poor can be coerced into selling their organs, while in China, the state regime allegedly funds a system in which prisoners are killed to order and where their body parts are sold to domestic and foreign customers.

“A lot of people just can’t believe that there are people who would practise this. It’s a bit hard to believe, but it is happening. It’s a reality,” Senator Madigan told The Epoch Times on May 23.

The motion moved by the Senate body earlier this year also noted two reports by the Special Rapporteur of the United Nations for torture that detail allegations of organ harvesting in China.

“[Australia] should condemn this practice for what it is – a death sentence for those people whose organs are illegally harvested,” said Senator Madigan.

Senator Madigan says he will spend time informing his fellow parliamentarians about the issues, acknowledging that “for this to be a success, we’ve got to get cross party support”.

“It’s going to take time to win hearts and minds, and educate people as to what’s happening,” he said.

He says the support from other politicians so far has been encouraging. “I’ve spoken to half a dozen politicians across the political spectrum and they are keen to work on this issue to try to get the best possible outcome,” he said.

While the senator knows that a looming federal election will create a challenge to getting timely input, he has formed a parliamentary friendship group for politicians that will bring together members of parliament who are against the practice of illegal organ harvesting.

With reporting by Christine Ford